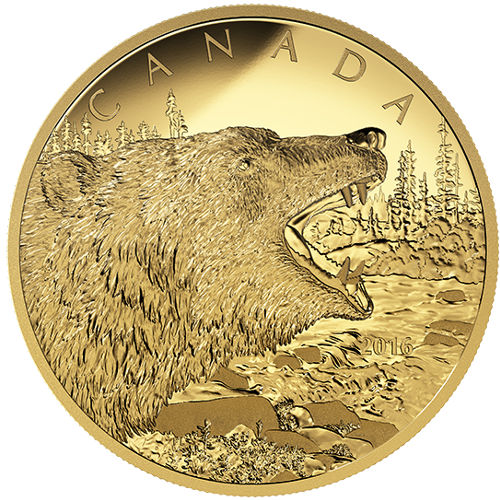 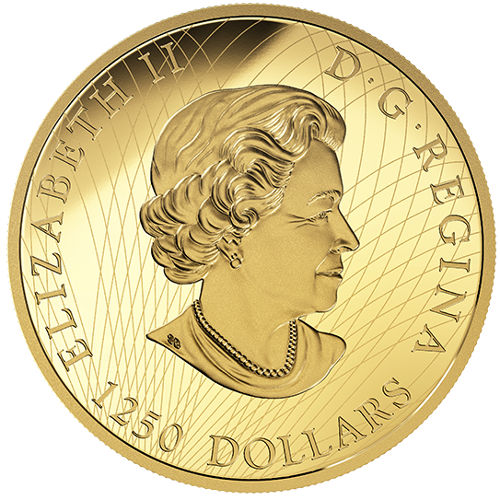 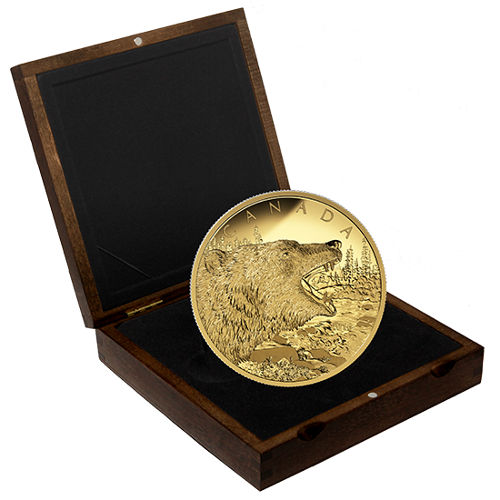 The Royal Canadian Mint’s Call of the Wild series of gold and silver coins is coming to an end in 2016, and the designers are taking the program out in style with an impressive Grizzly Bear design. As the final coin in the series, the Roaring Grizzly Bear coin is available in a stunning 500 Gram, 24-karat gold product. Today, that 2016 500 Gram Canadian Gold Roaring Grizzly Coin is available from JM Bullion.

With the release of the 2016 500 Gram Canadian Gold Roaring Grizzly Coin, the Royal Canadian Mint is bringing an end to its popular Call of the Wild Series. Available in 1 oz. weights as well, in both silver and gold, these 500 Gram coins are the final releases in the popular wildlife-themed series.

Grizzly Bears are one of the most imposing and dominant carnivores on the North American continent. Standing at the top of the food chain with no natural predators, only its interactions with mankind over the past few centuries have posed a threat to the grizzly’s existence. Still, grizzly populations are healthy and the creatures are the second-largest carnivores in Canada.

The obverse face of the coin features Leduc’s final design for the series, and mimics the Roaring Grizzly Bear design from the 1 oz. coins. The difference comes in the larger surface area of the coin, which allowed Leduc to include more intricate design features, including a background that reflects the natural habitat of the bear.

On the obverse is the image of Queen Elizabeth II. This right-profile portrait was created by Susanna Blunt in 2003, and features engravings that include Her Majesty’s name and the face value of the coin.

If you have any questions about these brilliant gold coins, please don’t hesitate to ask. You can reach a JM Bullion associate on the phone at 800-276-6508, on the web using our live chat, or via email.