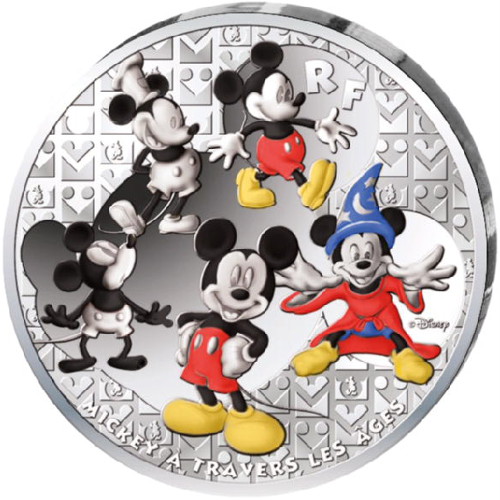 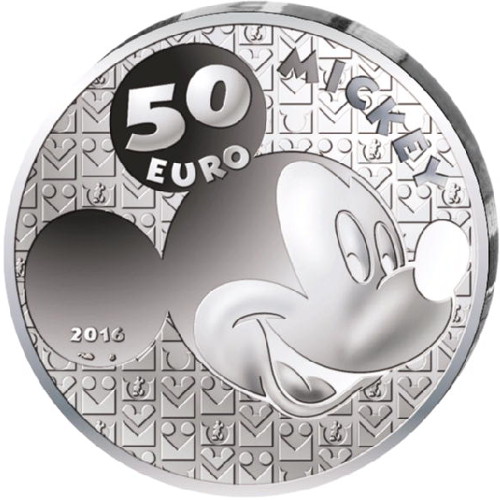 Mickey Mouse might not be the only international icon of Walt Disney, but he never has to share the limelight with anyone other than his beloved Minnie Mouse. The first character from Walt Disney to gain national and international fame, Mickey continues to this day to capture the hearts of children after more than nine decades. Right now, the 2016 5 oz Proof French Silver Mickey Mouse Through the Ages Coin is available from JM Bullion.

Mickey Mouse was Walt Disneys first major icon, but his original drawings and films were blocked by Disney himself. After a test screening of the animated short Plane Crazy, Disney held off distribution because he wanted to be able to produce the first sound-synchronized animated short.

In 1928, Mickey would make his first big debut in the animated short Steamboat Willie. This iconic short film remains a paramount moment in the history of Walt Disney, establishing an empire that would eventually generate billions of dollars around the globe each year.

The reverse side of the 2016 5 oz Proof French Silver Mickey Mouse Through the Ages Coin includes the right-profile portrait of Mickeys face that has become so iconic. The design includes the face value of the coin, engraved in one of Mickeys ears, along with the year of issue engraved in another ear.

On the obverse is a collection of five Mickey Mouse characters from his evolution through the decades. In the lower left is one of Disneys original drawings, followed by a clockwise order that includes Steamboat Willie, one of the first colorized Mickey images, and his character from Fantasia.

All French Silver Mickey Mouse Through the Ages coins are produced at the official sovereign mint of the French government, the Monnaie de Paris. Created in 864, it is the oldest continually operating institution in the world and has always been the primary issuer of French coinage, though it was assisted by other mints in provincial cities during the Middle Ages.

If you have any questions, please dont hesitate to contact JM Bullion. Our customer service teams are available on the phone at 800-276-6508, online using our live web chat, or via our email address. If you are interested in seeing similar products, please check out our full selection of Disney Silver Coins.