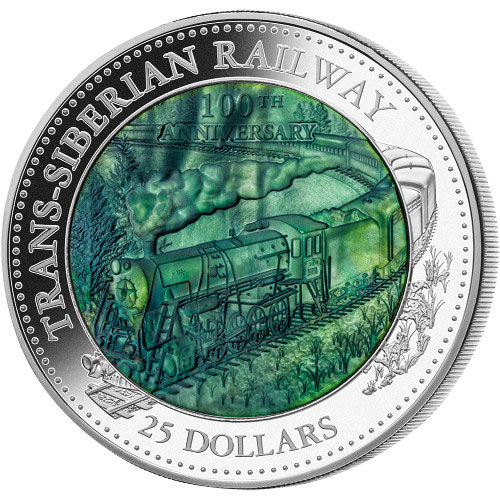 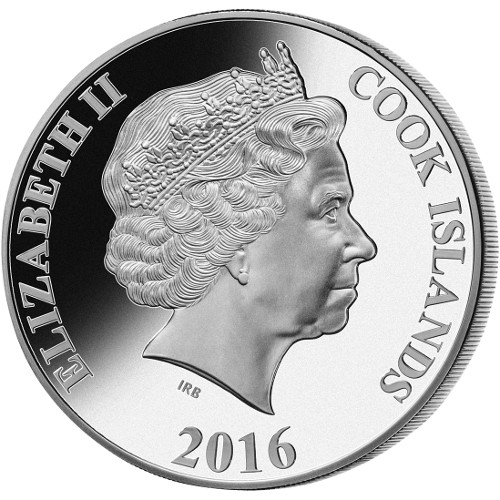 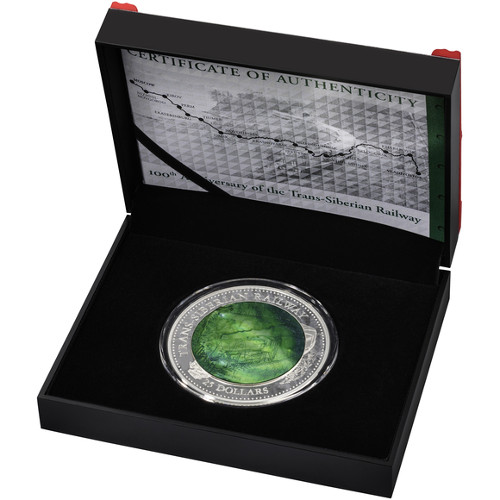 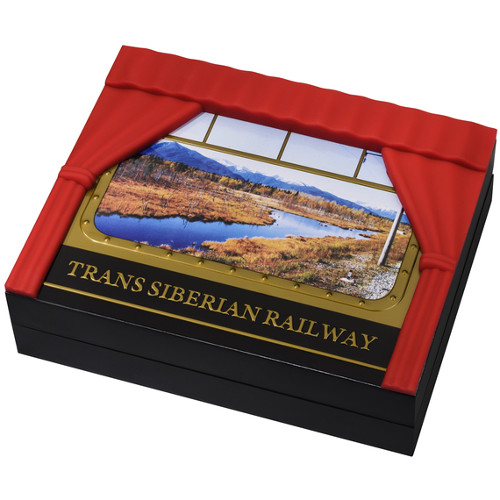 2016 marks the 100th anniversary of one of the greatest engineering feats in the course of human history. Across one of the most rugged stretches of terrain on planet Earth, Russian citizens worked tirelessly to connect the two ends of a vast nation with the Trans-Siberian Railway in the early 20th century. Today, the 2016 5 oz Proof Cook Islands Mother of Pearl 100th Anniversary of the Trans-Siberian Railway Silver Coin is available from JM Bullion.

Each of these 2016 5 oz Proof Cook Islands Mother of Pearl 100th Anniversary of the Trans-Siberian Railway Silver Coins ships to you inside of a black beauty case with a red-curtain box that includes full-color artwork representative of the coins reverse imagery. An individual Certificate of Authenticity is also included with your purchase.

The Trans-Siberian Railway is actually a network of rails that connects the capital city of Moscow with the Russian Far East. The total length of 5,772 miles makes it the longest railway line in the world, connecting Moscow with the vital eastern port city of Vladivostok. Completed in 1916, it now has branches that connect into Mongolia, China, and North Korea.

On the reverse of the 2016 5 oz Proof Cook Islands Mother of Pearl 100th Anniversary of the Trans-Siberian Railway Silver Coin is the image of a steam locomotive as it barrels down the tracks along a cliff line in the mountainous terrain of Siberia. The coin has an olive-green Mother of Pearl finish on this side.

The obverse of all Mother of Pearl 100th Anniversary of the Trans-Siberian Railway coins include the right-profile portrait of Queen Elizabeth II. Her Majesty has appeared on the obverse of all commonwealth coins since her ascension to the throne in 1952, with this 1998 depiction from Ian Rank-Broadley representing the fourth-generation image used since 1952.

MDM is a German minting facility responsible for the production of these stunning coins. It issues a variety of coins each year, both bullion and proof, for countries around the globe.

Please direct your questions regarding these coins to a JM Bullion associate at 800-276-6508. You can also connect with us online through our live chat and email features. To see similar products, check out our World Silver Coins.