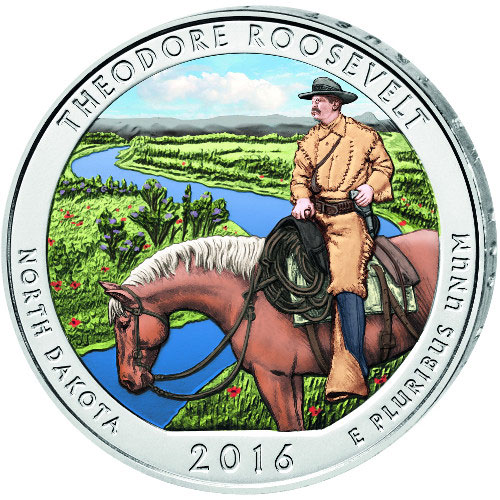 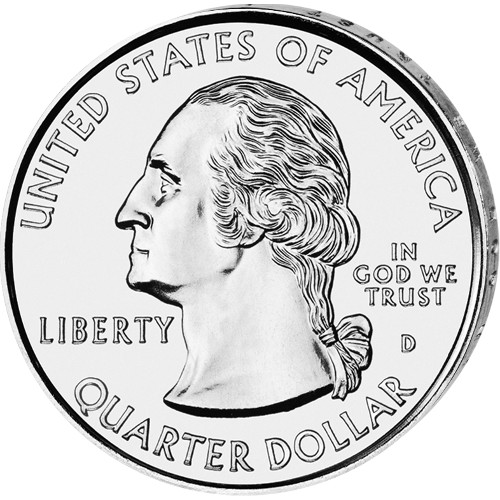 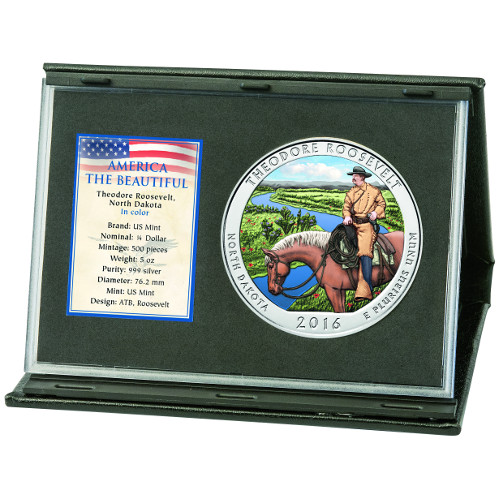 Theodore Roosevelt may have been overshadowed by his cousin, Franklin D. Roosevelt, in the Oval Office in the 20th century, but his legacy is equal in size and scope and has impacted millions of Americans over the past century. An avid outdoorsman and hunter, the nation has President Theodore Roosevelt to thank for its beautiful national parks and forests. Today, the 2016 5 oz Colorized ATB Theodore Roosevelt National Park Silver Coin is available from JM Bullion.

America the Beautiful is a 56-coin release from the United States Mint inspired by the circulation state quarters program. Each new release depicts a different national park, national forest, or other significant monument from a different state in the US. Launched in 2010, the program has five releases annually and will run through 2021, with an option to extend to 2033.

Theodore Roosevelt National Park honors the commitment to conversation and nature of the nations 26th president. The park in his name sits on 70,446 acres of land in three different sections of north-central North Dakota, and some of it covers land that President Roosevelt used to live on and hunt on himself.

On the obverse of every ATB Silver Coin is the left-profile portrait of President George Washington, commander of the US Continental Army during the American Revolution and first elected President of the United States.

The reverse of all 2016 5 oz Colorized ATB Theodore Roosevelt National Park Silver Coins has a colorized image of Roosevelt atop his horse as he looks out over the Little Missouri River at a lush, green landscape with pops of red from spring flowers. Only this side of the coin features colorization.

All ATB Silver Coins are originally struck by the United States Mint, which does not colorize any of its products in house. Emporium Hamburg, a third-party authorized dealer in Germany procured these 500 coins for colorization.

Please dont hesitate to reach out to JM Bullion with any questions you might have regarding these coins. You can contact us on the phone at 800-276-6508, connect with us online through our live chat, or send us an email with your questions.

James from - August 13, 2020
"I bought a Theodore Roosevelt National Park 5 ounce coin colorized a few years ago for my great grandchild, now I have 5 more great grandchildren and would like to buy the same for them. I really like this coin."