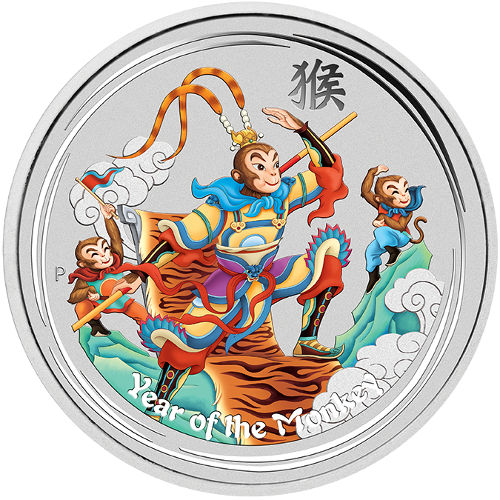 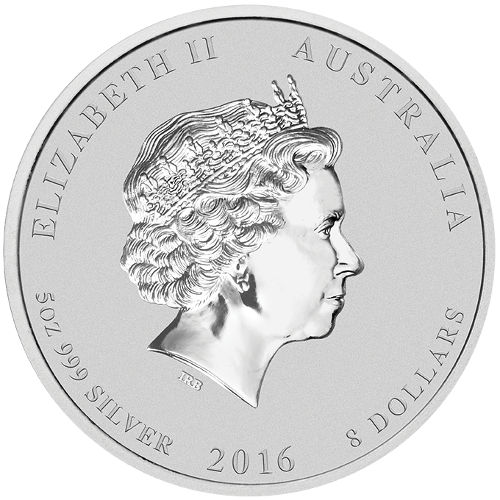 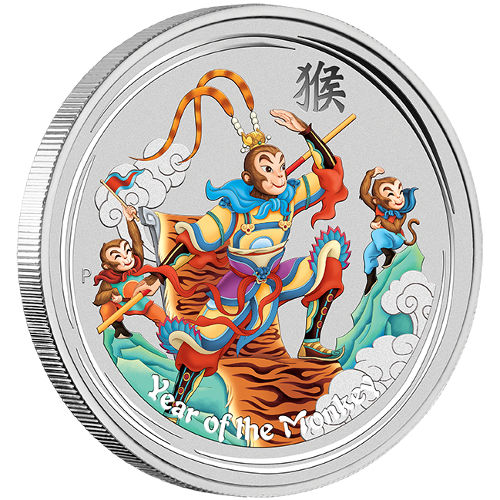 The latest release from the Perth Mint’s Lunar Series II coin program takes a divergent path by offering a second Year of the Monkey design in the same year. In this particular release, the Perth Mint brings a popular classic character from Journey to the West to life in a colorized design on the face of this silver coin. The 2016 5 oz Australian Silver Lunar Monkey King coin is available today on JM Bullion with a Brilliant Uncirculated grade.

The reverse side of the 2016 Australian Silver Lunar Monkey King coin features the design elements mentioned above, as well as the Chinese symbol for monkey and the engraving of the series issue “Year of the Monkey.”

On the obverse of each coin in this release you’ll find the effigy of Her Majesty Queen Elizabeth II. Captured in right-profile relief, this portrait was created in 1998 by Ian Rank-Broadley for use on the obverse of all commonwealth coinage, and represents the fourth-generation depiction of the Queen since her ascension to the throne in 1952.

All 2016 5 oz Australian Silver Lunar Monkey King Coins in this listing earned BU grades. Brilliant Uncirculated coins exhibit no signs of wear and tear, but do feature some blemishes. You’ll notice breaks in the luster, spotted surfaces, or contact marks on these coins.

Perth Mint was opened in 1899 as the third and final Royal Mint facility in Australia. Following the closure of the Sydney Mint and Melbourne Mint, the Perth Mint remained as the oldest operating facility in the country. Today it is owned by the state government of Western Australia.

If you have any questions, please don’t hesitate to ask. JM Bullion associates are available at 800-276-6508. You can also reach us online using our live chat or email features.