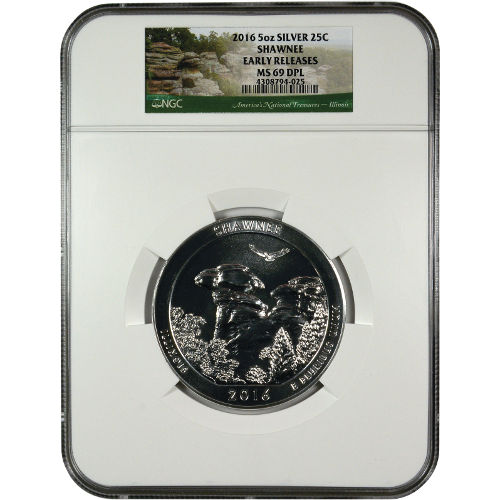 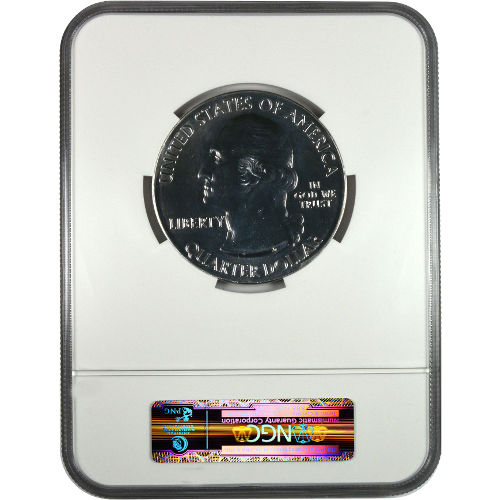 The seventh year of the America the Beautiful coin series opens with the release of the Shawnee National Forest coin. Representing the state of Illinois, this coin features yet another stunning design feature for the beloved program from the United States Mint. Today, the 2016 5 oz ATB Shawnee National Forest Silver Coin is available from JM Bullion in near-perfect condition.

Shawnee National Forest is the single-largest body of land in the state of Illinois owned by the federal government, and encompasses 280,000 acres of land in the state’s southern corner. It originated as one of the many Civilian Conservation Corps initiatives during the Great Depression. It had the dual purpose of employing Americans during the depression, while also conserving land for public use and enjoyment.

The 2016 5 oz ATB Shawnee National Forest coins in this listing have Mint State 69 coins from the NGC. Coins in this condition are considered near perfect, featuring full, original luster from the mint and a maximum of two minor detracting flaws on the surface.

Coins with a DPL designation are bullion coins with features of a proof specimen. In this case, you may notice deeply-mirrored surfaces on your coin, as well as proof-like finishes such as sharper edges or matte finishes on the coin’s designs.

On the reverse is the image of the camelback rock in the Shawnee Hills of the national forest. Engravings identify the state of issue, park name, and year of issue for the coins.

The obverse bears the common design theme of all coins in the ATB Series. This is highlighted by the left-profile portrait of President George Washington, which was refined in 1932 by artist John Flanagan, who himself crafted the portrait based upon a 1786 bust of Washington completed by William Cousins.

If you have questions, JM Bullion associates are happy to help. Please feel free to contact us on the phone at 800-276-6508, chat with us live online, or connect with us via our email address.