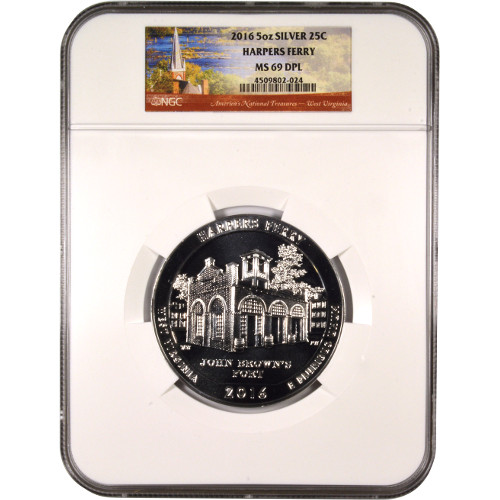 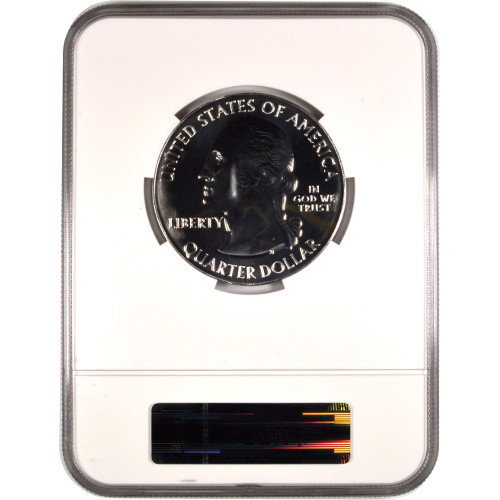 The America the Beautiful coin series is one of the most coveted from the United States Mint right now. With new design releases annually and government-backed silver content, each new release is sought after by investors and collectors alike. Today, the 2016 5 oz ATB Harpers Ferry National Historical Park Silver Coin is available to purchase from JM Bullion.

America the Beautiful is a 56-coin release from the United States Mint. The series launched in 2010, with five scheduled releases each new year. The program is set to run through 2021, highlighting a different national park, national forest, or historical monument from each of the 50 US states, five overseas territories, and the District of Columbia.

Each 2016 5 oz ATB Harpers Ferry National Historical Park Silver Coin listed here today is a Mint State 69 coin according to the NGC. Coins with this certification have full, original mint luster and a maximum of two minor detracting flaws.

Though these are from the bullion striking of the series, they have a DPL designation. This indicates the coins have a proof-like finish from the striking process, highlighted by a deeply-mirrored background field.

On the obverse of all 5 oz America the Beautiful coins is the left-profile portrait of President George Washington. The nation’s first elected leader, Washington has featured on the circulation US quarter since 1932. This image is from John Flanagan, created in that same year, and based upon a bust of Washington from William Cousins in 1786.

The reverse of the 2016 5 oz ATB Harpers Ferry National Historical Park Silver Coin includes the image of John Brown’s fort. Actually the firehouse established at Harpers Ferry in West Virginia when Washington established an arms depot on the site for the US military, it became known as John Brown’s fort when he led a group of abolitionists in a takeover of the site prior to the Civil War. He made his last stand inside the firehouse, and his short-lived rebellion was put down by US Marines led by none other than US Army General Robert E. Lee.

If you have any questions about these coins, please don’t hesitate to ask. A JM Bullion customer service associate is available to talk at 800-276-6508, or you can connect with us online through our live chat and email features.