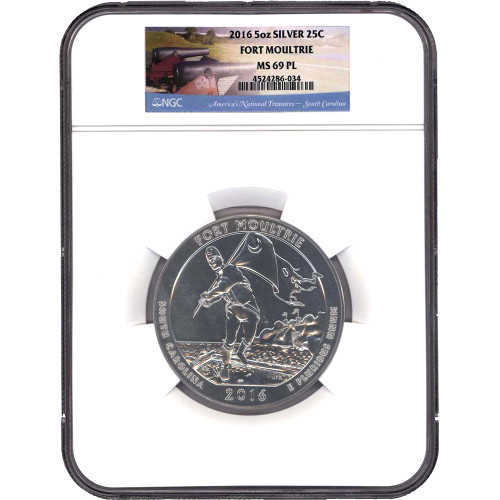 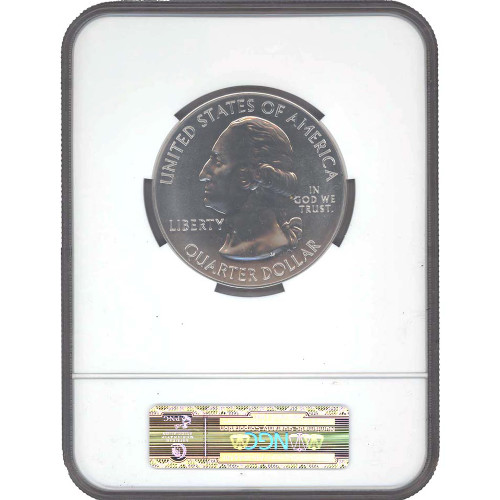 America the Beautiful coins from the United States Mint are extremely popular with each release, due in large part to the five new designs that debut each year and the variety of options available in the overall collection. Right now, the 2016 5 oz ATB Fort Moultrie Silver Coin is available to purchase online from JM Bullion with near-perfect certification from the NGC.

Each 2016 5 oz ATB Fort Moultrie Silver Coin in this listing is a near-perfect silver coin according to the NGC. Coins in Mint State 69 condition exhibit full, original mint luster. However, you might also notice a maximum of two minor detracting flaws on the surface areas of the coin, but these are limited in scope to miniscule contact marks or hairlines outside the primary focal areas.

Proof-like coins are bullion products that have a special finish to them following production. In this case, there are hints of a proof-like mirrored finish on the background fields of the coin, adding something extra special to this bullion piece.

Fort Moultrie was also at the center of the outset of the Civil War. Union troops manning the fort abandoned it in favor of the nearby, stronger Fort Sumter in an effort to hold off secessionists and the newly formed Confederacy.

On the reverse of the 2016 5 oz ATB Fort Moultrie Silver Coin is the image of a Revolutionary-era soldier running to raise the South Carolina militia flag during the onslaught of the British Navy in June 1776.

The obverse of all ATB Silver Coins includes the left-profile portrait of President George Washington, the first elected leader of the United States of America. His image appears on all circulation quarters, and was created in 1932 by John Flanagan based upon a 1786 bust of Washington.

If you have questions about these ATB Silver Coins, please dont hesitate to ask. JM Bullion customer service team members are available on the phone at 800-276-6508, on the web using our live chat, and via our email address. Dont forget to visit our homepage to research the price of silver per ounce!