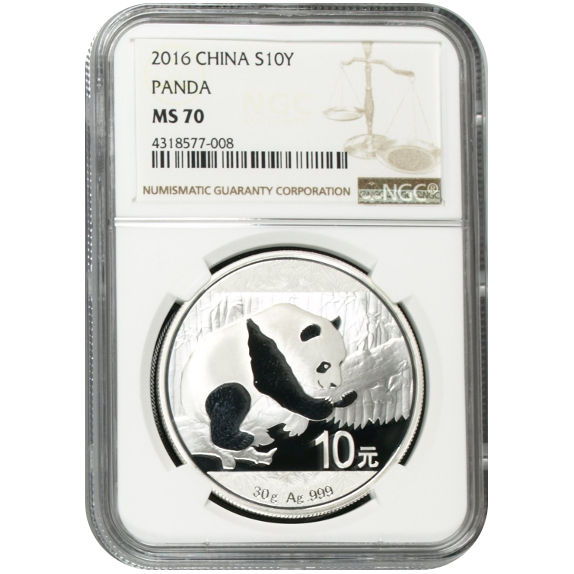 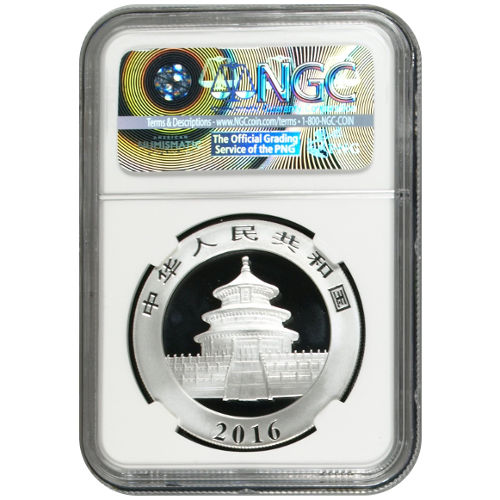 The Chinese Silver Panda is one of the worlds most highly regarded bullion coins, and it enters its 33rd year of production with greater demand than ever before. A major reason for the popularity of these coins is the constantly changing design of the panda used on the obverse, with no two years bearing the same images. Today, the 2016 30 Gram Chinese Silver Panda is available from JM Bullion as a perfect specimen.

Chinese Silver Panda coins have an intriguing production history. The coins were introduced in 1983 as a proof product, and struck until 1985 as such. After no coins were produced in 1986, the coins returned in proof in 1987, followed by a bullion version in 1988. Regular production of various sizes in silver has ensued every year since 1989.

As of 2016, the Chinese Mint will no longer issue Chinese Silver Panda coins with a weight listed in Troy ounces. Instead, the mint has switched to weighing all of its coins in Grams, in keeping with the countrys metric system. The Chinese Mint is the only major sovereign mint to do so.

Each of the 2016 Chinese Silver Panda coins available here has a perfect MS70 grade from the NGC. Coins in this condition exhibit full, original mint luster and bear no detracting flaws of any kind.

On the obverse is the latest image of the Giant Panda, along with engravings of the face value, weight, metal content, and purity of the coin. The reverse features the Temple of Heavens outer faade, along with the coins year of issue and the name Peoples Republic of China in Mandarin.

The Chinese Mint does not issue any of its coins with mint marks, though these products are believed to be struck by the mints facilities in Shenzhen, Shanghai, and/or Shenyang.

If you have questions, please feel free to reach out to JM Bullion at 800-276-6508. You can also contact us online using our live chat and email features.