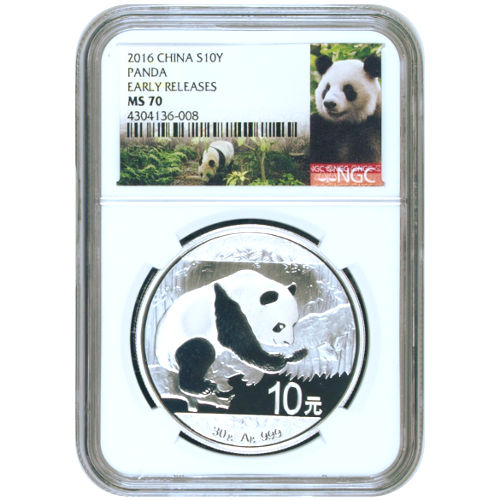 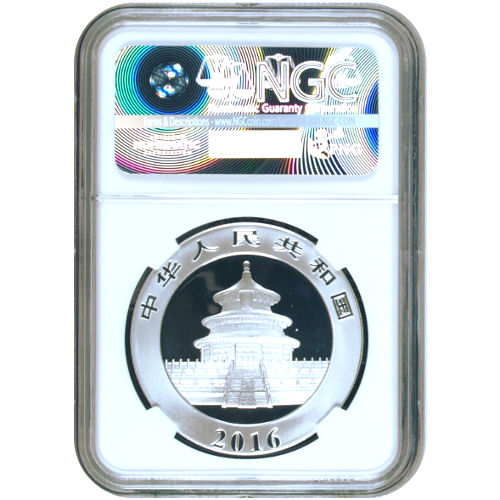 Chinese Silver Panda coins were available first only as a one ounce proof coin from the Chinese Mint. It wasn’t until 1987 that the coin was released in a bullion version, and even then it was only available in a ½ oz weight.

Today, the Chinese Mint has altered the markings and measurements for its popular Chinese Panda coins. Both the Gold Panda and Chinese Silver Panda coins are now struck with weights listed in Grams, rather than the popular Troy ounces. For the time being, the Chinese Mint has announced only this 30 Gram Chinese Silver Panda coin, despite previously producing weights ranging from ¼ troy ounce up to 1 Kilogram.

On the obverse is the image of a panda climbing along a fallen tree trunk. Each year the Chinese Silver Panda has a new depiction of the panda on the obverse, that is shared with the gold version. Only once, in 2001 and 2002, has the image been the same from one year to the next.

The reverse features the Temple of Heaven from central Beijing. This side of the coin has engravings that include the year of issue and the name People’s Republic of China, in Mandarin.

Chinese Silver Panda coins are struck by the Chinese Mint, but it does not use mint marks on any of its coins. Primary facilities in the Chinese Mint system include those in Shenzhen, Shanghai, and Shenyang.

Please direct your questions to a JM Bullion associate at 800-276-6508. You can also connect with us online using our live web chat and email features.