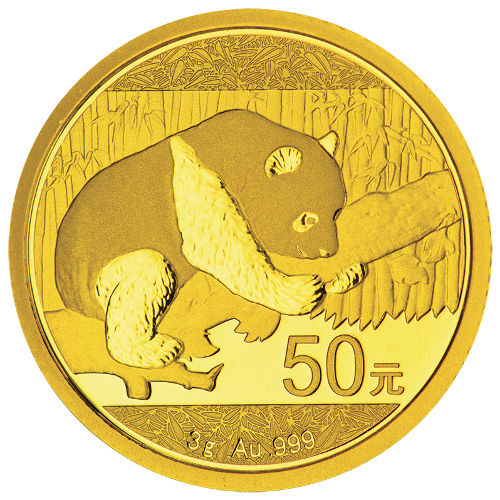 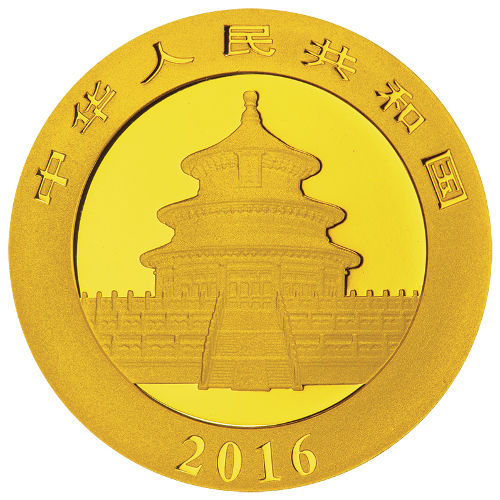 The Chinese Gold Panda coin is one of the longest running sovereign gold coin programs in the world today. First introduced in 1982, it is preceded in the marketplace only by the Canadian Gold Maple Leaf coin. The 2016 production year for the Chinese Gold Panda brings about a few changes beyond the normal alterations in the coins design each year. Today, the 2016 3 Gram Chinese Gold Panda Coin is available from JM Bullion.

Chinese Gold Panda coins were first introduced in 1982, and regular investors and collectors are accustomed to change in this coins appearance. The Chinese Mint was one of the first to adopt a new design each year on the obverse face of its popular gold and silver bullion coins. There is something else different about the 2016 Chinese Panda collection.

The obverse face of the coin features the latest image of the Giant Panda. Although the dragon is the official emblem of the Peoples Republic of China, the Giant Panda is considered an unofficial symbol and is easily recognized around the globe as an iconic native species of mainland China.

On the reverse youll find the image of the Temple of Heaven, featured on this face of the coin without alterations since the first coins were struck in 1982. Chinese characters along the top read Peoples Republic of China when translated into English, and the year of issue is featured below.

The Chinese Mint is controlled by the Chinese government and overseen by the Peoples Bank of China, which controls the production of paper banknotes, as well as circulation and commemorative currency.

Please direct all of your questions to a JM Bullion associate at 800-276-6508, or contact us online using our live chat or email features.

Todd from AZ - April 14, 2016
"I just received this beautiful coin today and may not be able to go back to gram size bars.It really does balance affordability with numismatic value for me.If you have not bought or held one yet think of a dime size coin with very sharp detailing and polishing.As always JMB provided first class pricing and packaging."