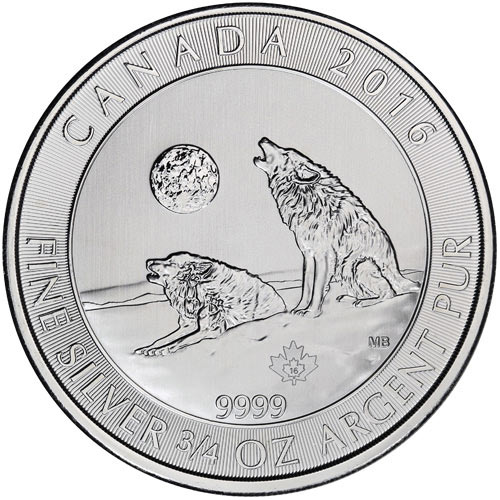 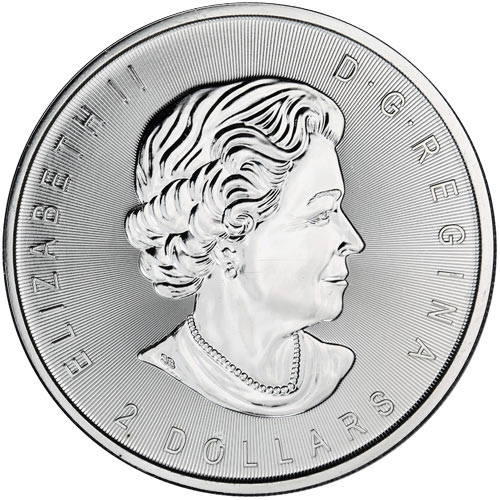 Wolves are a popular design theme of Canadian coinage, and yet another image of these beautiful creatures is available from the Royal Canadian Mint. In 2016, the mint released a beautiful 3/4 oz coin with the image of two wolves from a pack howling into the distance. Right now, the 2016 3/4 oz Canadian Silver Howling Wolves Coin is available to purchase online from JM Bullion.

Each of the 2016 3/4 oz Canadian Silver Howling Wolves Coins in this product listing is available in BU condition. Coins in BU condition exhibit no signs of wear and tear, but may feature minor flaws ranging from breaks in the luster and spotted surfaces to contact marks from the coining process.

The Silver Howling Wolves coins in this collection continue a stunning variety of wildlife-themed coins from the Royal Canadian Mint. The RCM has released in recent years series such as the Canadian Wildlife collection, Birds of Prey Series, and the latest issue of Wild Canada, which revives the Canadian Wildlife designs as privy marks on the Silver Maple Leaf, and features the wolf as one of the designs.

On the obverse of each of these Royal Canadian Mint coins you’ll find the right-profile portrait of Queen Elizabeth II. Her Majesty’s effigy was created in 2003 by Susanna Blunt, and serves as the latest depiction of the monarch to feature on Canadian coinage. It first appeared on Canadian coins the following year in 2004.

The reverse of the 2016 3/4 oz Canadian Silver Howling Wolves Coin in this listing features a design that focuses on two wolves. The animals are featured with one laying down while the other is sitting down, but both have their heads tilted toward the sky as they let out their ominous howl.

Royal Canadian Mint serves as the official sovereign mint of Canada. Founded in Ottawa in 1908, it operated from a single facility until the 1980s when expanded capacity was necessary to meet rising demand. The facility in Winnipeg then opened to accommodate that need.

If you have any questions, please don’t hesitate to ask. You can reach JM Bullion customer service on the phone at 800-276-6508, on the web using our live chat feature, and via our email address.