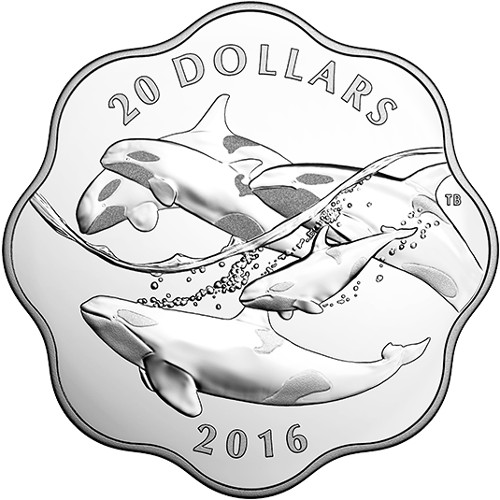 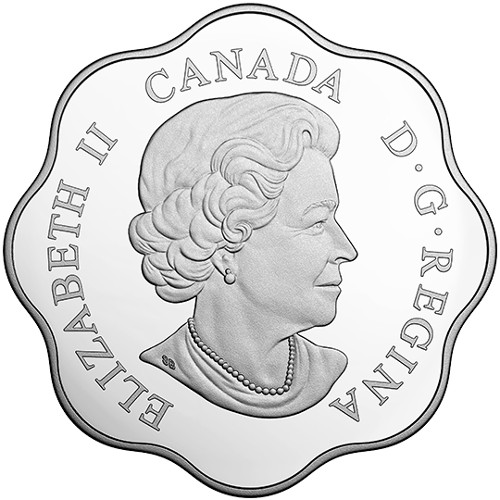 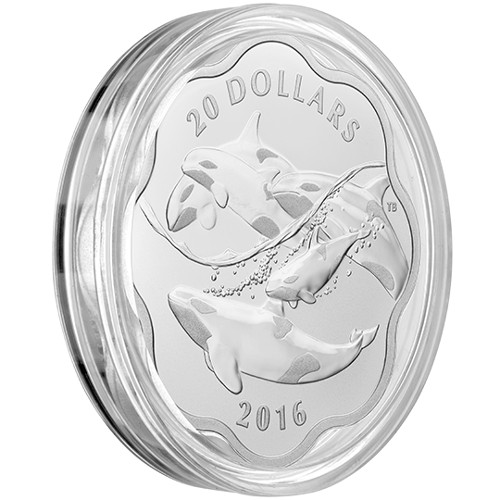 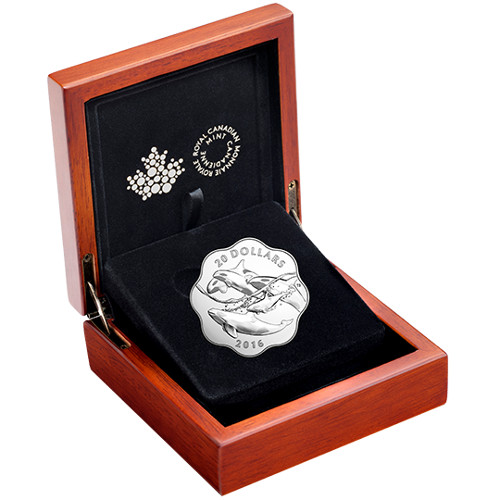 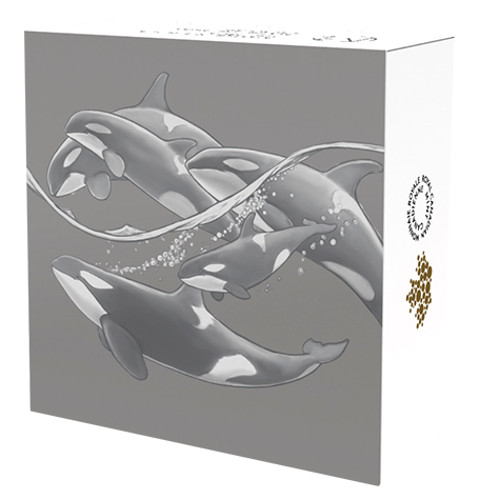 There are few creatures in the sea more majestic, powerful, and deadly, than the orca whale. An apex predator that has no natural enemies, the orca is commonly found on the western coast of Canada in the cool waters of the Pacific Ocean near Vancouver. The 2016 $20 Proof Canadian Silver Master of the Sea The Orca Coin is available today from JM Bullion.

The orca whale is an unmistakable beast when you have the chance to see one, sporting black-and-white skin and is a well-known emblem of the Canadian Pacific Coast. Known as Orcinus orca, these mammals are highly intelligent and social creatures that live in tight-knit family groups referred to as pods.

Each of these 2016 $20 Proof Canadian Silver Master of the Sea The Orca coins is struck on a planchet with a scallop shape, and features precision engraving that captures the exact likeness of each orca in the design with incredible detail. Your coin ships to you inside of a wooden display box with graphic beauty box.

On the obverse of all Canadian coinage youll find the image of Queen Elizabeth II. The Queens effigy appears on all Canadian coins and has since she ascended to the throne of England in 1952, with this particular design coming from Canadian artist Susanna Blunt in 2003.

The reverse of the 2016 $20 Proof Canadian Silver Master of the Sea The Orca Coin features the image of a family pod of orca whales. The mammals in the depiction are featured swimming together in the waters off Canadas Pacific Coast, with some gliding beneath the waves while others crest the surface in flight before crashing back below the water line.

The Royal Canadian Mint is the official sovereign mint of Canada. Initially opened in Ottawa in 1908, its primary purpose at first was to conduct refining of gold and silver discovered in the Yukon Territories. By the 1980s, a second facility was built in Winnipeg to expand capacity to meet the needs of numismatic production and regular Canadian currency.

We encourage all JM Bullion shoppers to reach out to us with questions. You can contact our customer service team at 800-276-6508, connect with us online through our live chat, or simply send us an email.

Laura J from - June 22, 2019
"Very Pretty Coin. Unusual shape. Happy that it came w/a very nice Wooden Display Box. Will be a great addition for my little collection. There\'s one little con. I would liked to have seen the baby Orca more sharply defined on the actual coin. "