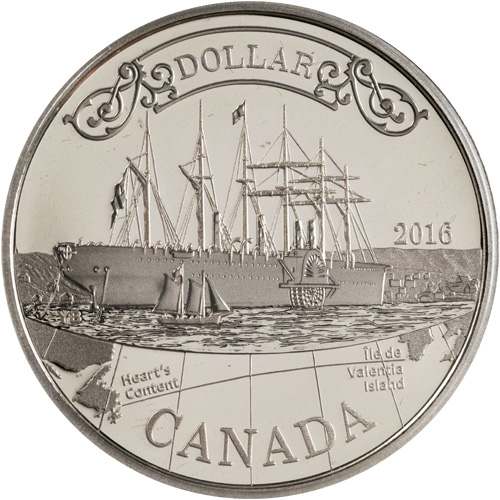 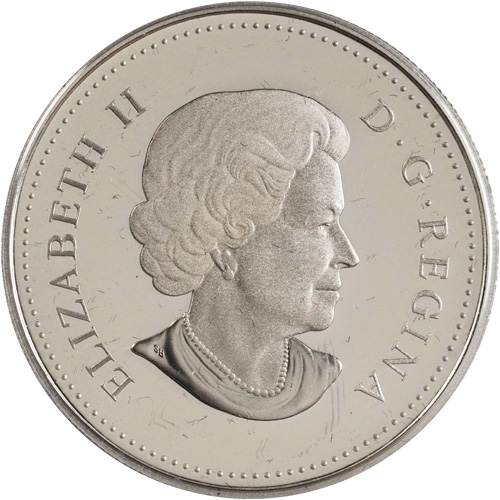 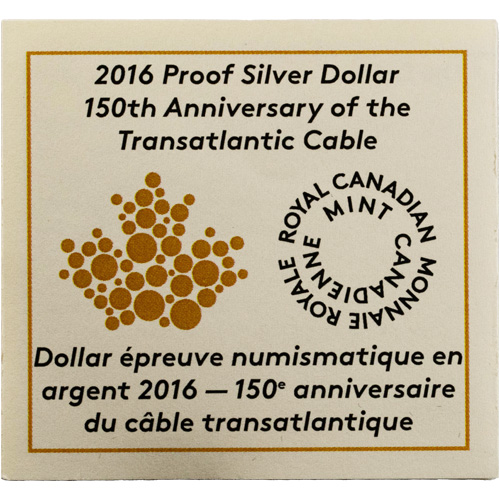 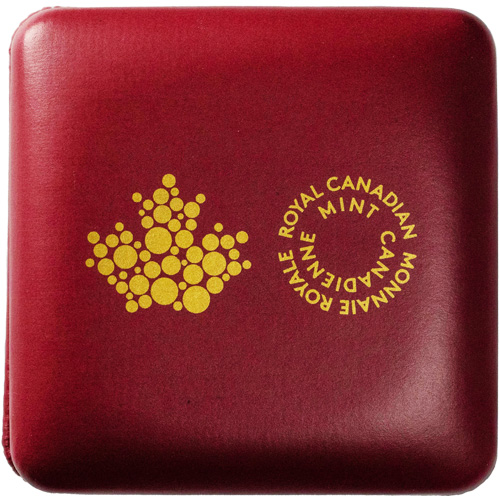 The 2016 $20 Proof Canadian Silver 150th Anniversary of the Transatlantic Cable Coin commemorates the 150th anniversary of that transatlantic telegraph cable, which revolutionized communications while transforming Newfoundland into an international communication hub. Right now, you can own your very own when you purchase it online today from JM Bullion.com.

We live in an era in which instant global communication is at our fingertips; at any given time, we can monitor news events as they unfold, follow the rise and fall of commodity prices around the world or connect with friends and family across the globe. It’s hard to imagine distance as a barrier to the exchange of ideas; but until the mid-19th century, a message sent from New York to London could only be relayed as quickly as the ship it sailed on, and “breaking news” from afar could be several weeks old.

Telegraphy had sped up communication over land, yet oceans still stood as immense, silent barriers—that is, until the successful completion of a permanent transatlantic telegraph cable on
July 27, 1866. This watershed moment finally provided an enduring communication link between the Old World and the New, and made Newfoundland a vital gateway to a world that had suddenly become more accessible!

In the obverse of the 2016 $20 Proof Canadian Silver Transatlantic Cable Coin, you will be treated to the standard, prestigious design curated by Susanna Blunt of Queen Elizabeth II.

On the reverse is a design by Canadian marine artist Yves Bérubé. Here, you see the S.S. Great Eastern as the iron steamship triumphantly rests in the harbor of Heart’s Content, Newfoundland. Painstakingly engraved in exceptional detail, the Great Eastern easily dwarfs a local gaff-rigged fishing boat (known as a Jack Boat) off her bow, while her four funnels and six masts rise up to fill the upper portion of the reverse. In the background, the picturesque fishing village and the rolling hills that surround Trinity Bay are a welcome sight, signaling the end of one journey for the crew after spending weeks laying the transatlantic cable along the North Atlantic seabed. This historic cable linking Heart’s Content to Valentia Island, Ireland, is illustrated on the map element that fills reverse’s lower portion. Fittingly, the cable itself is represented on the map.

Please feel free to reach out to JM Bullion with any questions when buying silver. Our team can assist you at 800-276-6508, online using our live chat, and via our email address.