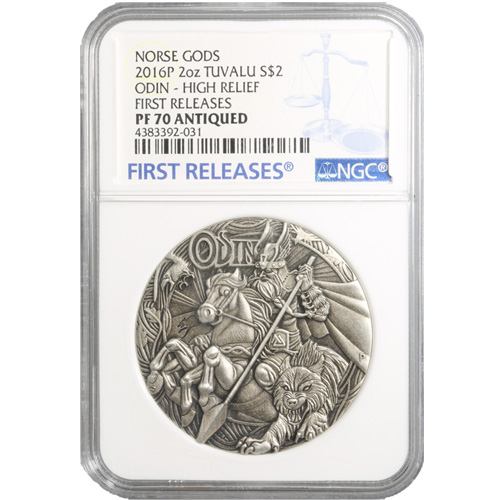 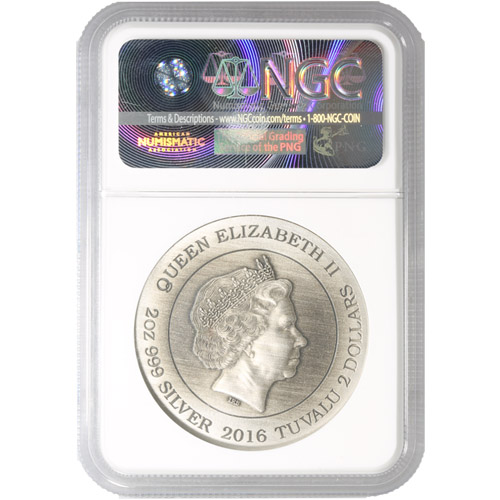 The King of Asgard, Odin is the most powerful god in Norse mythology. The father of Thor and ruler of the home of the gods, Odin is one of the most important gods in Norse mythology. He is the leading design in the 2016 Tuvalu Norse Gods Series from the Perth Mint, a three-coin collection of high-relief antique specimens. Now, 2016 2 oz Tuvalu Norse Gods Odin Silver High Relief Coins are available to you in perfect condition to purchase online from JM Bullion.

There is a lot of overlap in the assignment of power and roles to the deities of Ancient Greece, Ancient Roman, and Norse history. Like Zeus of Greek mythology, Odin was the ruler of the gods and presided over the home of the immortals as king. The King of Asgard, Odins domain can be looked upon similarly to that of Zeus and Mount Olympus.

Odin, like his Roman and Greek counterparts, would often disguise himself to interact with humanity and even other gods. While Zeus was known to take on different forms, Odin would often wear various masks with a hat and a green coat to disguise himself.

The obverse side of the 2016 2 oz Tuvalu Norse Gods Odin Silver High Relief Coin bears a portrait of Queen Elizabeth II. Her Majesty is featured in this design in right-profile relief with the Girls of Great Britain and Ireland Tiara on her head.

On the reverse face of 2016 2 oz Tuvalu Norse Gods Odin Silver High Relief Coins is a depiction of the King of Asgard, Odin. He is shown riding his powerful steed, Sleipnir. As he rides along, he is flanked by wolves and ravens.

The coins in the Norse Gods Series from the Perth Mint feature high-relief designs struck several times under high pressure to create visual depth to the designs. Each coin is produced from a 2 oz rimless blank with an antique polish for ancient visuals.

These 2016 2 oz Tuvalu Norse Gods Odin Silver High Relief Coins are available in perfect condition according to the NGC. A PF70 coin showcases full, original mint luster with no more detracting flaws of any kind. Also included is a First Release label. This means each coin was received within 30 days of the Perth Mints 2016 release of the coins.

JM Bullion customer service is available to assist you at 800-276-6508. You can also chat with us live online or email us directly with your questions.