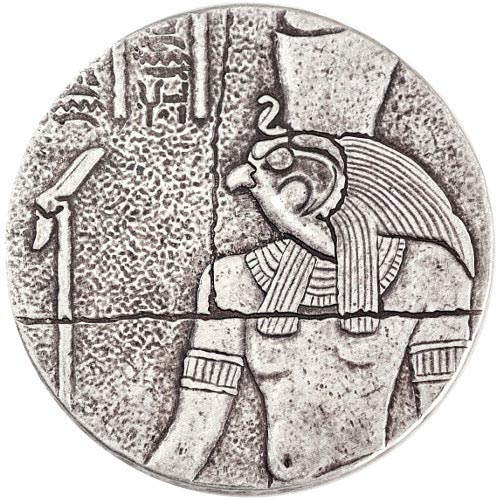 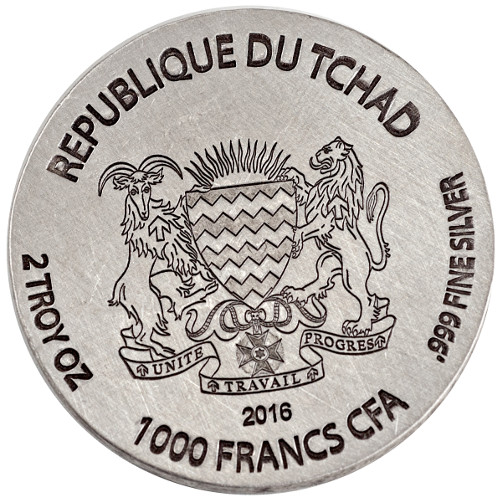 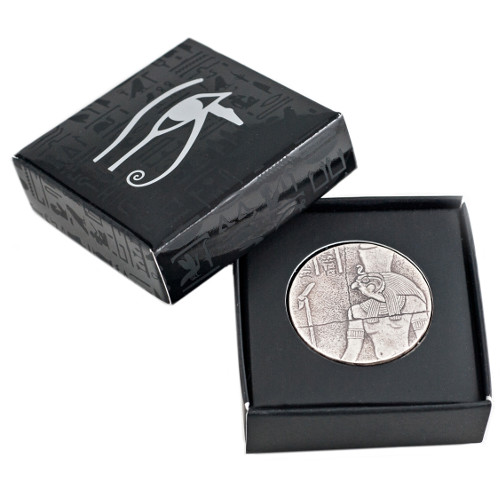 The Scottsdale Mint continues its foray into the creation of silver coins for foreign governments with the introduction of a 2016 issue Republic of Chad coin. Following in the footsteps of its popular King Tut silver round, the mint now releases a new Egyptian Relic-themed coin bearing one of the most iconic Ancient Egyptian designs. Right now, the 2016 2 oz Republic of Chad Egyptian Relic Series Horus Silver Coin is available from JM Bullion.

Each 2016 2 oz Republic of Chad Egyptian Relic Series Horus Silver coin in this listing is in BU condition. Coins in this condition exhibit no signs of wear and tear, though you may notice the presence of minor flaws ranging from breaks in the luster and spotted surfaces to contact marks from the coining process.

The release of these Egyptian Relic Series Horus Silver coins follows the release of a 5 oz coin for the Republic of Chad earlier this year in the same series. These brilliant coins feature imagery from Ancient Egypt that appears to have leapt right off the walls of a forbidden tomb or pyramid.

Each coin in this collection is rimless, and has an delicately designed finished appearance. If you look closely at the rimless edges of the coin youll notice small lines running along the edge of the coin, almost as if the silver coin itself was drilled out of the side of a wall with a primitive drilling tool.

On the obverse of the 2016 2 oz Republic of Chad Egyptian Relic Series Horus Silver Coin youll find a depiction of Horus, who was known to the Egyptians as the god of the sky and kingship.

The reverse of each Egyptian Relic Series Horus Silver coin includes the coat of arms for the Republic of Chad. An engraving of the nation of issue above the coat of arms is in French, while the weight, purity, metal content, and face value of the coin in Francs are all engraved on this face of the coin as well.

All 2016 2 oz Republic of Chad Egyptian Relic Series Horus Silver Coins are a product of the Scottsdale Mint, a private US minting facility located in Scottsdale, Arizona.

If you have any questions, please dont hesitate to contact JM Bullion at 800-276-6508, chat with us live online, or send us an email with your inquiries.

Obsidian from TX - January 28, 2017
"this coin is a good coin, i love the weight and heft of the 2oz piece. i gave it 4 stars vs 5 stars because i wish the coin was alil more "rugged in texture" for this coin is very very smooth. the design is not as good as the first coin "king Tut" but still a solid piece and well accept as another great coin to add to any collection and the current series "this is number 2 in series""