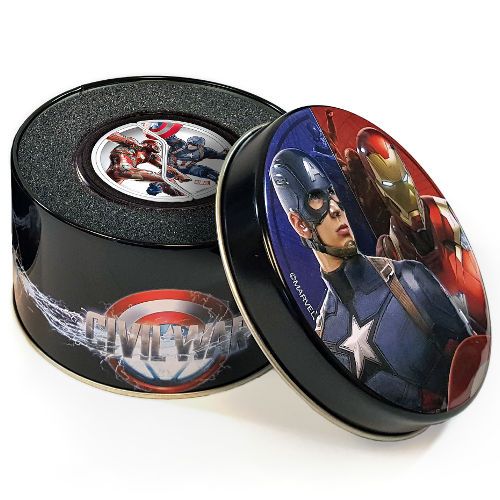 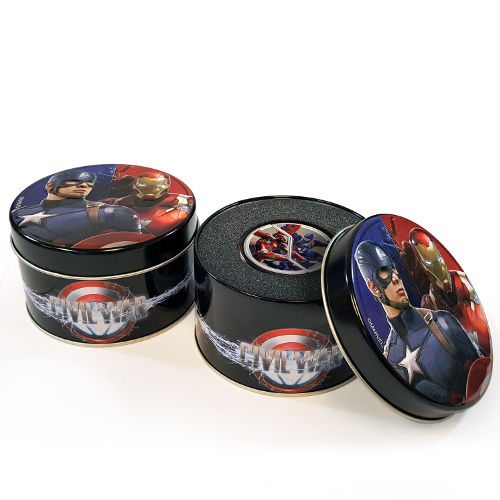 The 2016 2 oz Proof Fiji Captain America vs. Iron Man Silver Coin is the most unique product in the Captain America: Civil War six-coin set. Although this piece is presented as one coin, there is actually a dividing line in the coin, which creates two individual 1 oz coins.

The reverse side of the coin tells the whole story of the Avengers predicament in the film. The dividing line of the coin splits each individual 1 oz. coin with One Dollar face value, and the phrase United We Stand is separated from Divided We Fall. The Fijian crest is featured on both halves of the reverse side.

Each 2016 2 oz Proof Fiji Captain America vs. Iron Man Silver Coin is available in a capsule, with a collectible tin that bears the same dividing line between Team Cap and Team Stark. It features full-color artwork from the feature film.

If you have questions about these silver coins or any of our other products, please feel free to reach out to JM Bullion. Our associates are available at 800-276-6508, online using our live chat, and via our email address.