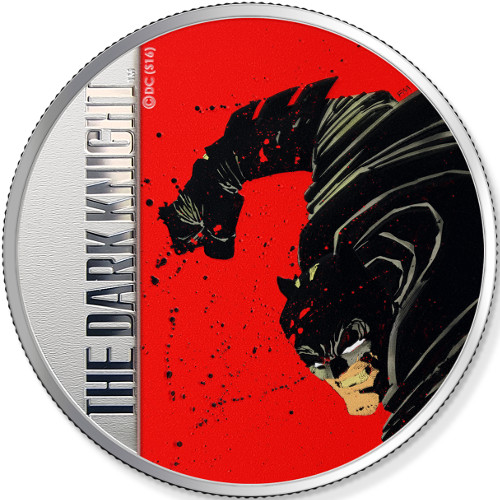 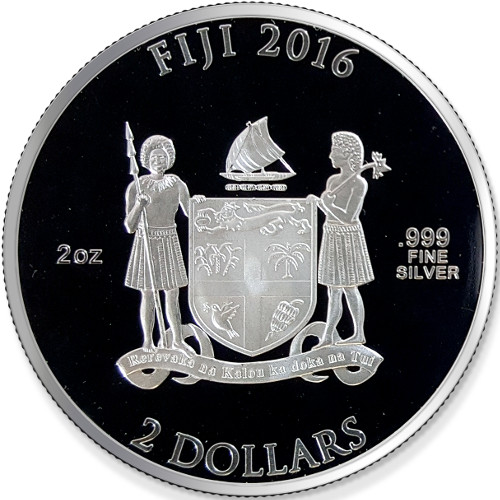 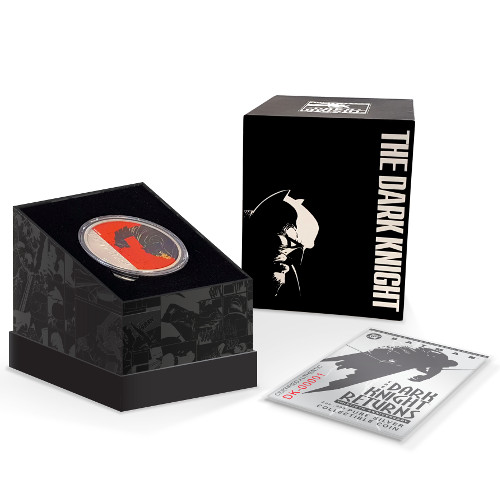 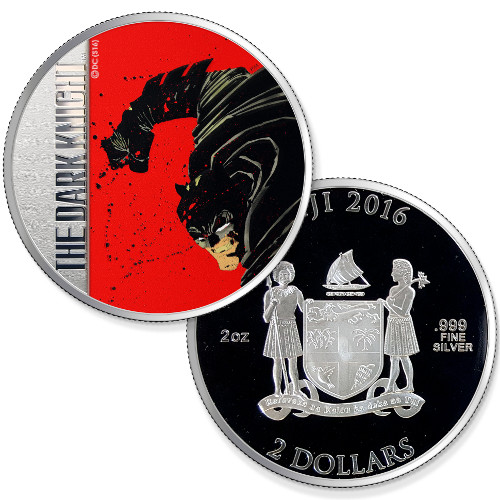 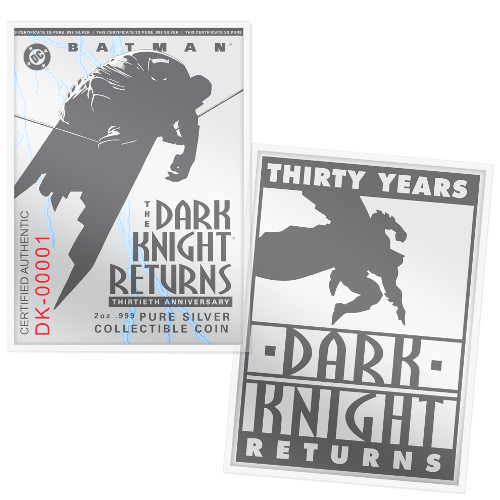 2016 has been a year of comic-themed releases from mints around the world, not to mention Hollywood production companies capitalizing on the popularity of Superman, Batman, and the Captain America franchises. The 2016 2 oz Fiji 30th Anniversary Dark Knight Returns Silver Coin is available today from JM Bullion.

In 1986, fans of the Batman franchise of DC Comics were introduced to a version of Batman the likes of which theyd never seen before. Author Frank Miller re-imagined the Batman that fans had loved since 1939. Miller introduced fans to the Dark Knight in a four-comic mini-series entitled The Dark Knight Returns.

Millers reimagined Batman was entirely different, and dimmer, than previous releases. Surprisingly it was a smash hit with fans and helped pave the way for a darker persona of Batman, as well as other conflicted superheroes in the future. 2016 marks the 30th anniversary of its release, and Sunshine Minting helps DC Comics celebrate with this release.

The 2016 2 oz Fiji 30th Anniversary Dark Knight Returns Silver Coin contains colorized artwork on the obverse side of the coin, and ships to you inside of a Dark Knight-themed box with a numbered Certificate of Authenticity.

On the obverse of the Dark Knight Returns coin youll find the image of Batman from Millers comic, set against a red backdrop with splashes of black ink in the design for a graphic appeal. The left side of the coin has a matte finished silver segment with the words The Dark Knight engraved.

The reverse side of the 2016 2 oz Fiji 30th Anniversary Dark Knight Returns Silver Coin includes the coat of arms for the nation of Fiji. This features numerous images pointing the island nations seafaring traditions, including a wooden sailing canoe above and images of aquatic wildlife on the crest.

Sunshine Mint is a private refinery in the United States that is located in Coeur dAlene, Idaho, and has retail offices located in Nevada and overseas in Shanghai, China.

We encourage JM Bullion shoppers to contact our customer service team with questions. You can reach us at 800-276-6508, connect with us online through our live chat, or email us if necessary.