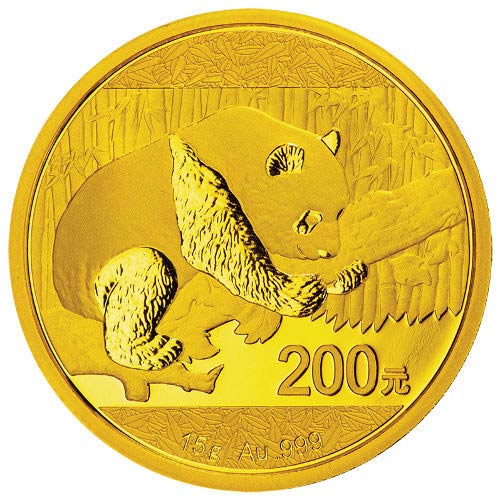 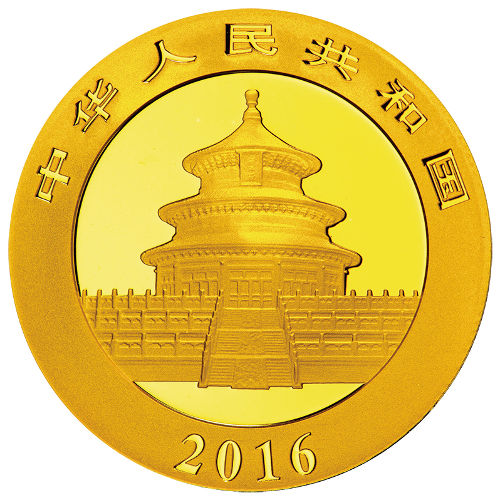 Chinese Panda coins were among the first in the world to use different designs for the primary image. A common trend today at many sovereign mints, the Chinese Mint was among the first to adopt this approach when the Gold Panda was introduced in 1982. This facet of the coin program has made the Chinese Panda one of the more anticipated coin releases each year.

The obverse face of the 2016 Chinese Gold Panda features the familiar background of a wall of bamboo shoots, while the foreground depicts a Giant Panda as it climbs along the trunk of a fallen tree. Engravings on this face are limited to the face value of the coin.

On the reverse youll find the image of the Temple of Heaven, found in south-central Beijing. The inscriptions on this face of the coin include the words Peoples Republic of China, which are engraved in Chinese characters, and the year of issue for the coin.

All Chinese Panda coins are produced by the Chinese Mint under the direction of the Peoples Bank of China. No mint marks are issued on Chinese Mint products, though known facilities exist in Shenyang, Shanghai, and Beijing.