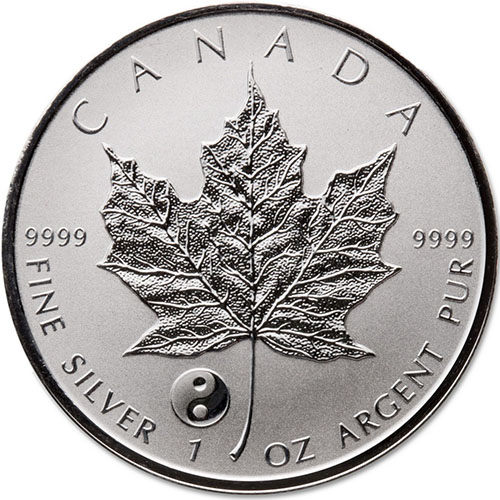 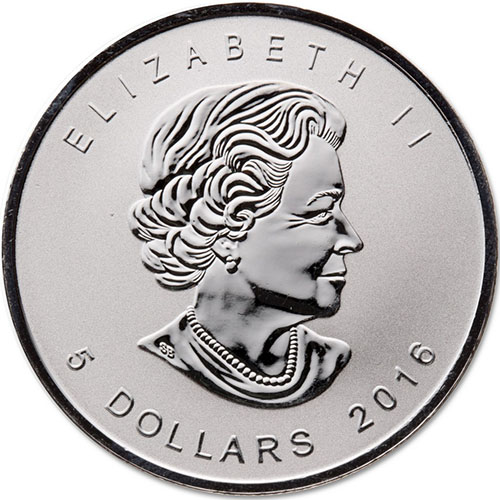 The Silver Maple Leaf coin series from the Royal Canadian Mint has been a prominent force in the precious metals industry since its inception in 1988. Over the years, the mint has offered the coin with various privy marks to denote special occasions or simply add collectible value to an already popular series. The 2016 1 oz Yin Yang Privy Canadian Silver Maple Leaf Reverse Proof coin is one such example available to you now from JM Bullion.

Arguably the most popular symbol of Chinese culture and philosophy is the yin yang. The name is often translated as dark-bright or negative-positive, but the overarching meaning behind the yin-yang symbol depicts the complementary nature of two seemingly-contradictory forces. One swirl with black with a white dot, while the other is white with a dark dot.

On the reverse side of the 2016 1 oz Yin Yang Privy Canadian Silver Maple Leaf is the iconic sugar maple leaf design first created by Walter Ott in 1979 for the Gold Maple Leaf coin. Included markings on this face of the coin denote the nation of issue, purity, metal content, and weight of the coin. The Yin Yang privy mark is found below the sugar maple leaf to the left of its stem.

The obverse of the 2016 Canadian Silver Maple Leaf Reverse Proof bears the portrait of Queen Elizabeth II. Shown in right-profile relief, this portrait of Her Majesty was created in 2003 by Susanna Blunt as the fourth-generation image of the Queen on Canadian coins, and just the second from a Canadian artist.

All 2016 1 oz Yin Yang Privy Canadian Silver Maple Leaf coins in this listing are reverse proof specimens. A reverse proof coin has strong, frosted matte elements for the background field which are offset by the stunning brilliance of deeply-mirrored, clear elements to the design sets.

We encourage JM Bullion customers to reach out to us with questions when buying silver. You can call us at 800-276-6508, chat with us live online, or email us directly.