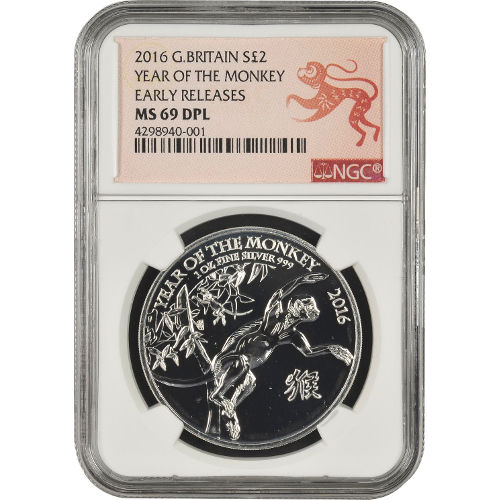 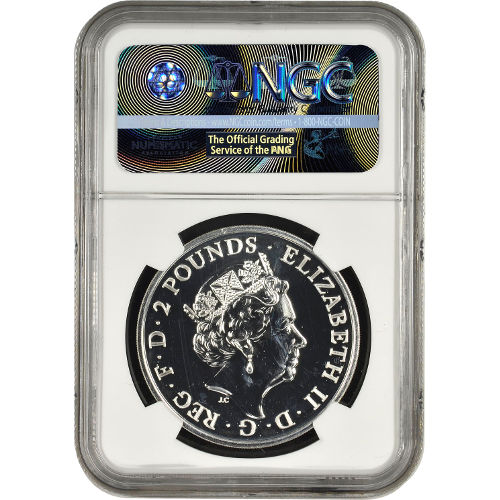 The Royal Mint in London is one of the worlds oldest operating facilities, and is renowned for the quality of its production processes and the beauty of its coin designs. Following the lead of other mints and refineries around the globe, the Royal Mint produces an annual Lunar Series of coins for investors and collectors. JM Bullion currently offers the 2016 1 oz British Silver Monkey coin in near-perfect condition with a unique finish.

The 2016 1 oz British Silver Monkey coin available to you in this product listing is in near-perfect condition. An MS69 grade from the NGC indicates a coin with its full, original luster and a maximum of two minor detracting flaws on its surface.

Each coin has a unique finish that is classified as deep, proof-like. This label is used for bullion coins that have a degree of mirror on the surface, giving them a proof-like visual appearance. As part of the Early Release series from the Royal Mint, these coins were received at an NGC approved depository within 30 days of issue, and arrived in sealed, mint packaging.

On the reverse side is the latest Lunar Series coin design from the Royal Mint. It features a monkey in the foreground preparing to leap from one tree branch to another, as a second monkey is visible in the background hanging from another branch.

The obverse features the latest right-profile portrait of Queen Elizabeth II. Created by Jody Clark, the image is the fifth-generation depiction of the Queen to appear on Royal Mint coinage. It was unveiled in July 2015, and at just 33 years old, Clark is the youngest to have created such an image for the Royal Mint.

Englands Royal Mint was founded as the London Mint in 886. It has served as the official sovereign mint of Great Britain and United Kingdom since that time.

If you have questions, please feel free to contact JM Bullion at 800-276-6508, chat with us through our live online service, or send us an email. If you are interested in similar products, check out our selection of British Silver Coins.