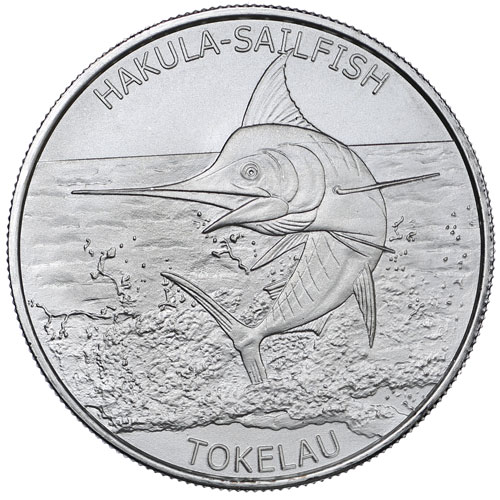 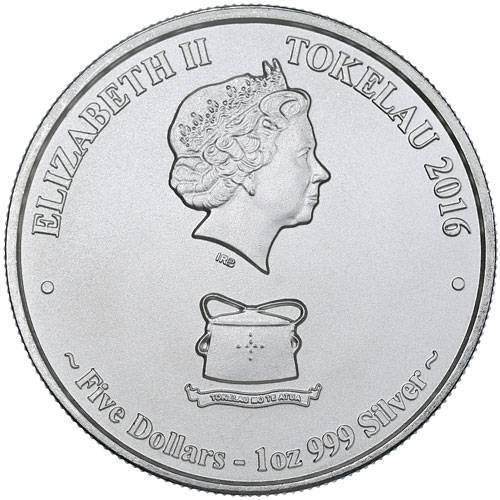 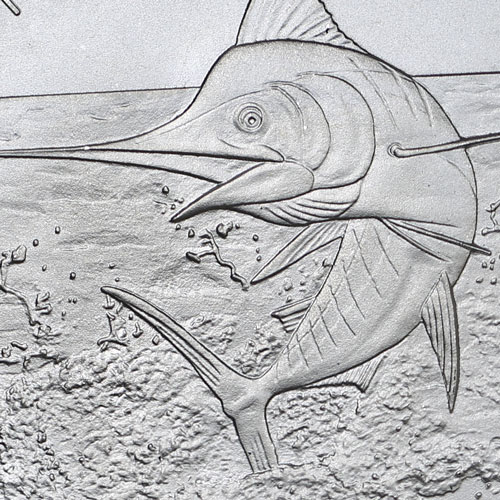 The small territory of Tokelau has commissioned its own silver bullion coin series, and the latest offering from that lineup is now available online courtesy of the JM Bullion. The 2016 1 oz Tokelau Silver Sailfish coin is the latest release in a brand-new bullion program that promises to bring exciting designs to the precious metals marketplace. Now’s your chance to own one of these low mintage coins!

In 2014, the government of Tokelau (a territory of New Zealand) commissioned Australia’s Treasures of Oz to produce a 12-coin bullion series celebrating the island’s aquatic history and the beautiful creatures of the ocean in the new Tokelau Ocean Life Series.

The first release came in 2014, and featured the Yellowfin Tuna. That was followed in 2015 with the Great White Shark design, and continues in 2016 with the Sailfish design from Treasures of Oz. Each of the coin’s reverse faces include the English-language name of the ocean wildlife, as well as the local dialect.

On the reverse face of the 2016 1 oz Tokelau Silver Sailfish Coin you’ll find the image of a sailfish as it flies up out of the warm waters of the Pacific Ocean. Engravings on this face include Sailfish, and the local dialect name of Hakula. “Tokelau” is engraved below the design.

The obverse features the right-profile portrait of Queen Elizabeth II from Ian Rank-Broadley, as well as the image of a wooden tacklebox, traditionally used by fishermen from Tokelau. A small banner below the box contains the words “Tokelau mot e Atua,” which translates to “Tokelau for God.”

Treasures of Oz is a private mint located in Perth, Western Australia, and just recently opened its doors for silver and gold bullion production in 2008. It is scheduled to produce all 12 coins in the Tokelau Ocean Life Series.

If you have any questions, please feel free to reach out to JM Bullion associates at 800-276-6508. You can also contact us online using our live web chat and email features. If you are looking for similar products, check out our full selection of New Zealand Silver Coins.