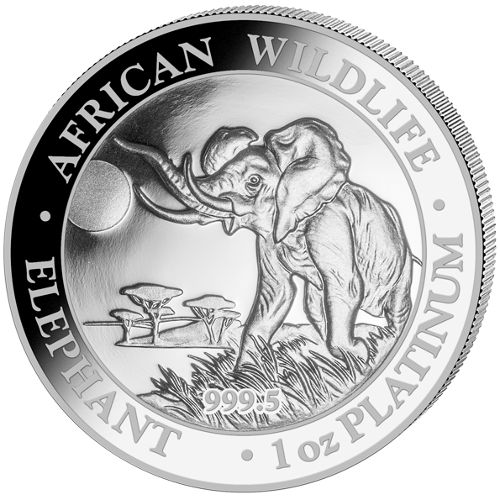 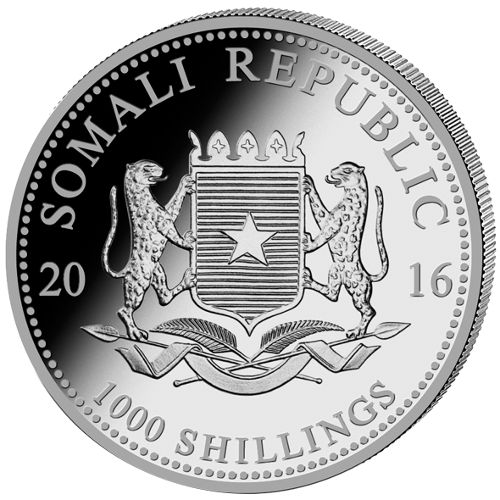 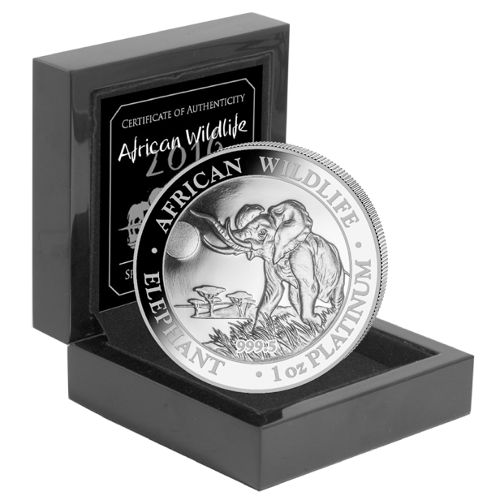 The Somalia Elephant coin program from the Bavarian State Mint is already one of the world’s most popular series, so it is hard to image these low-mintage coins gaining any more interest. As of 2016 though, the Somalia Elephant’s popularity continues to grow as the Bavarian State Mint launches a third version of the coin. Right now, the all-new 2016 1 oz Somalia Platinum Elephant Coin is available from JM Bullion in proof condition.

Somalia Elephant coins debuted in 1999 as an original issue for Zambia, but the Bavarian State Mint shifted production of the coins to a Somalia issue starting in 2004. From then until 2016, the coins were available only in silver and gold.

For 2016, the Bavarian State Mint has introduced yet another version of this increasingly popular coin. The all-new Somalia Platinum Elephant brings new variety to the program with a .9995 pure platinum coin, highlighting the value of platinum in bullion and proof coin programs.

Each 2016 1 oz Somalia Platinum Elephant Coin in this product listing is not only a brand-new release, it is also available in Proof condition.

On the obverse side is the most recent Elephant design, which depicts the world’s largest land mammal standing along the edge of a river in Africa, with the sun rising into the sky in the background. Engravings include the name of the series, as well as the coin’s metal content, weight, and purity.

The reverse of these platinum coins features the Somali national crest, which features a pair of wild cats holding the national shield. The shield’s design bears a single star against a background of horizontal lines.

If you have any questions about this all-new coin from the Bavarian State Mint, please feel free to contact JM Bullion at 800-276-6508. You can also reach us online using our live web chat or email features.