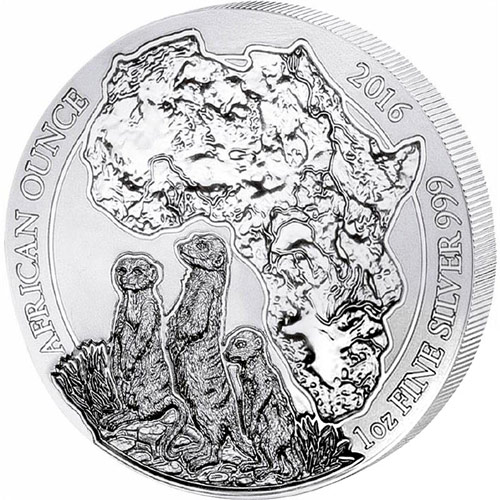 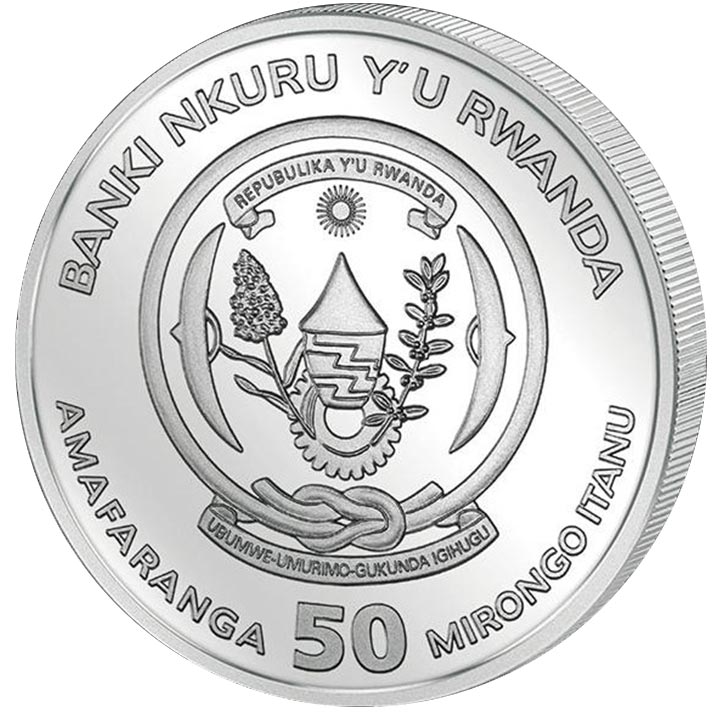 The latest coin from the Rwanda Wildlife Series is now available from JM Bullion, and features a brand-new image in keeping with the motif of the series. Made popular by a reality TV show in the United States, the meerkat now appears as the primary design feature on the latest coin in the Rwandan Wildlife Series. The 2016 1 oz Rwandan Meerkat Silver Coin is available for purchase now through JM Bullion.

Meerkats are small creatures that inhabit the desert regions of southern Africa, across the nations of Botswana, Namibia, Angola, and South Africa. The meerkat is part of the mongoose family, and lives in clans or families of 20 animals on average, with some including as many as 50 in one family.

The Rwandan Wildlife Series was first introduced in 2008 to celebrate the various native species of the African continent. The program launched with a celebration of the continents largest mammal, the elephant, and now turns its attention to one of the continents smallest inhabitants.

On the obverse side of the coin youll find some of the common design motifs of the series, along with the latest animal design. An outline of the continent of Africa dominates the right face, while a meerkat family is featured in the lower left. Engravings around the outside rim include African Ounce and 1 oz Fine Silver 999 2016.

The reverse side of the coin bears the official seal of the nation of Rwanda, with all engravings on this face inscribed in a native tribal tongue spoken in the region for centuries. The face value of 50 Francs is supported by the Central Bank of Rwanda.

All Rwandan Wildlife Series coins are struck in Germany by the BH Mayer mint facility of Kunstprageanstalt Gmbh in Munich, in the state of Bavaria. These coins are often struck in relatively low mintages, so theres no time to waste if you want to add this coin to your collection.

For those with questions about the 2016 1 oz Rwandan Meerkat Silver Coin, we encourage you to contact a JM Bullion associate at 800-276-6508. Were also available online using our live chat and email services.

Jennifer from - April 01, 2020
"Beautiful coin! I love meerkats, so I was thrilled to add this one to my collection. Well crafted!"

Douglas from TN - December 02, 2017
"I ordered this 5oz Ellis Island because its so AMERICAN! The price was also very good for this item. JM really ROCKS!!! Thanks JM"

Todd from GA - April 01, 2016
"I bought this. Its pretty nice. I saw some of the older ones selling on Ebay for pretty nice amounts. If your considering a coin this may be the way to go."

Steven from MN - January 19, 2016
"best coin i own! jm has very fast shipping and quality coins every time i have purchased through them, and this time the lowest price for this coin!!! A++ i ordered four of these and all were connected uncut which is awesome and i did an unboxing on youtube if anyone wants to see these first hand! thanks jm! i plan on ordering more! https://youtu.be/9Oscnz7Bo94"