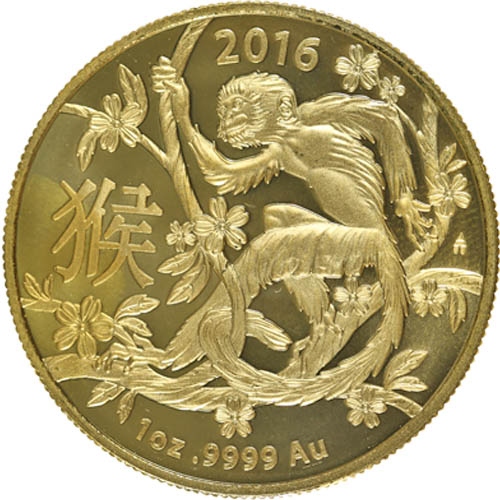 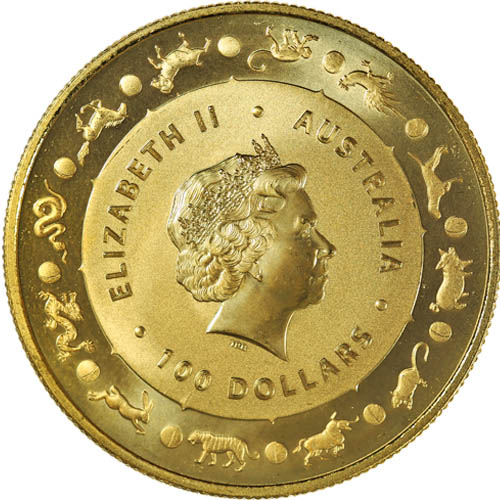 The Royal Australian Mint is the first mint in Australia that has gained independence from the British Royal Mint to produce circulating coins for the country of Australia. RAM produces numerous different types of both bullion and commemorative coins for the country, including a lunar series. RAM’s lunar series is following the same path as many other lunar collections like those from Perth Mint, the Royal Canadian Mint, and the Chinese Mint.

As one of the newer lunar series, the Australian Royal Mint’s version began in 2007, much later than the lunar collections that started in the 1990s. RAM’s one-of-a-kind designs are distinctive in the lunar series world. RAM offers both silver and gold versions of their coins, and the gold collection features numerous sizes, including 1 oz, 1/2 oz, and 1/4 oz, among others. Every coin in this listing will ship to your door in a protective plastic capsule.

The obverse face of each coin bears the distinctive image of Queen Elizabeth II in a stunning right-profile relief. Surrounding the Queen’s effigy is a Zodiac wheel, which shows each of the 12 animals from the lunar calendar as they appear to run around the edge of the coin. The monkey is proudly displayed at the top of the wheel. Engravings on this side of the coin include, “Elizabeth II,” “Australia,” and “100 Dollars.”

On the obverse of each coin, you will see the image of a happy monkey resting in the viny branches of a tree. Along the vines, beautiful flowers are blooming. The grinning monkey is gripping a branch in each paw. The engravings on this side of the coin include the year of mint, coin weight, purity of the gold, and Chinese symbol for monkey.

Ordering your Lunar Gold Coins from the Royal Australian Mint has never been easier. If you have any questions or need help placing your order, please reach out to our customer service team. You can reach the customer service department at 800-276-6508, via email, or via online live chat.