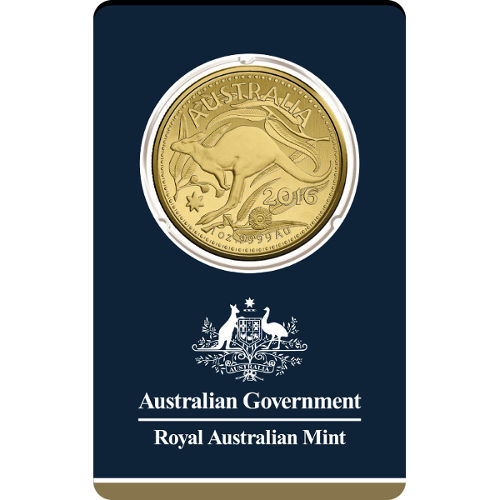 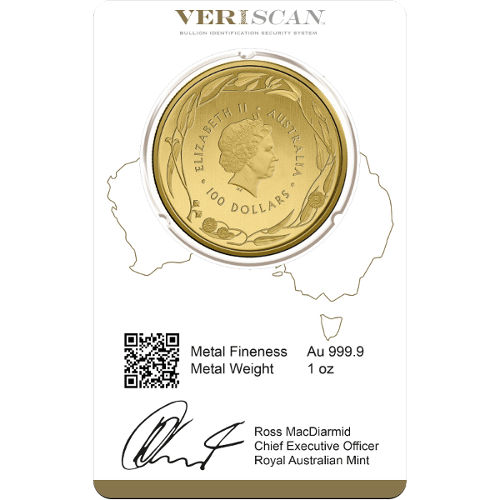 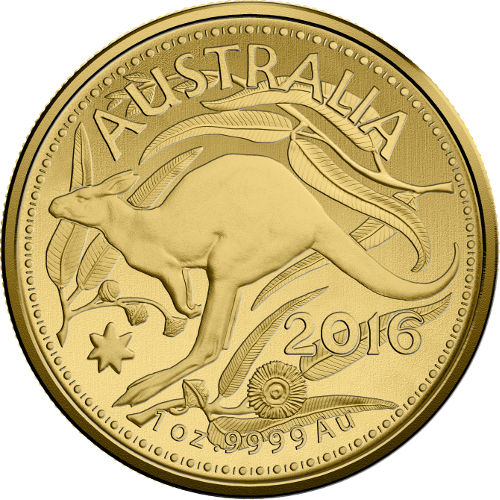 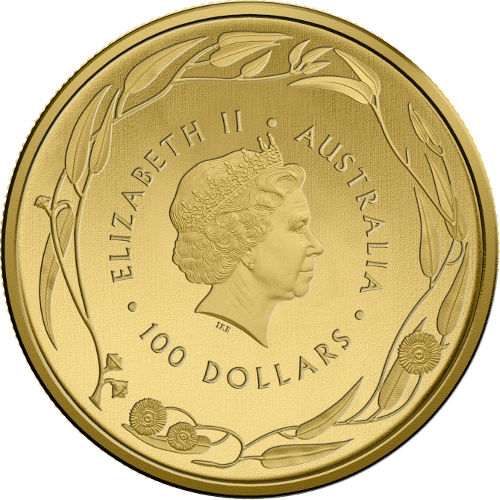 The kangaroo is perhaps the most iconic native species from the Australian continent. Recognized as the largest marsupial in the world, the kangaroo actually consists of four different subspecies on the continent.

Royal Australian Mint kangaroo coins have been available in varying designs since 1993. This design for the 2016 Gold Kangaroo is all new, and differs from that in use on the silver version of the coin for this year.

On the reverse face of the coin you’ll find the image familiar image of a kangaroo leaping across the coin’s face. Included in the design is the commonwealth star of Australia, an engraving of the word “Australia,” and the coin’s year of issue, weight, purity, and metal content.

The obverse includes the right-profile portrait of Queen Elizabeth II. Created in 1998 by Ian Rank-Broadley, this depiction is the fourth-generation representation of Her Majesty to appear on commonwealth coinage since she ascended to the throne in 1952. Simple engravings of “Elizabeth II,” “Australia,” and “100 Dollars” accompany her effigy.

If you have questions about these coins, please don’t hesitate to ask. You can contact us directly on the phone at 800-276-6508. You can also connect with us online using our live web chat or submit your questions in writing any time via our email address.