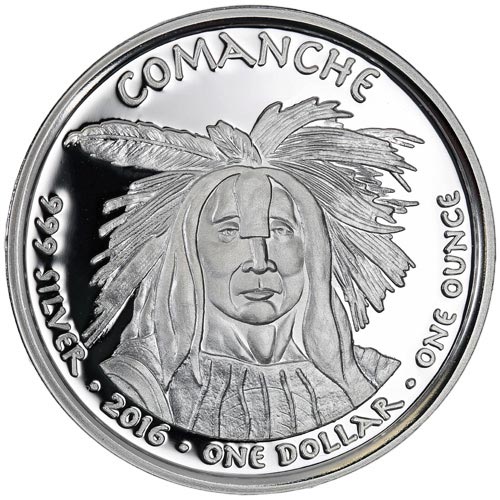 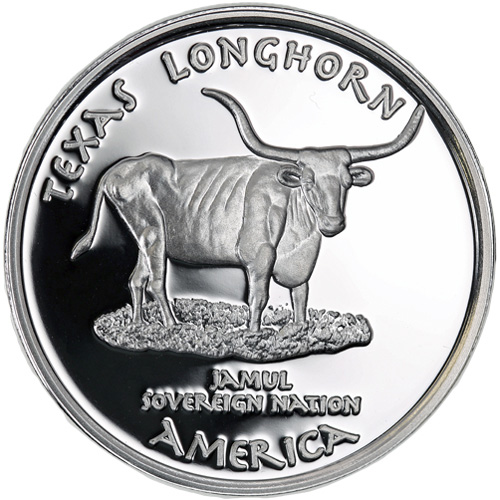 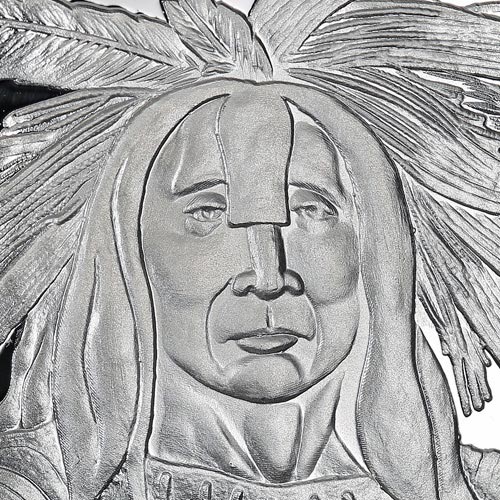 The proof Native Silver Dollar series from the Native American Mint is one of the most exciting and deep American coin programs available right now. Unveiled in 2015, the series is set to feature imagery representing tribes and states from the United States. Today, the 2016 1 oz Proof Texas Comanche Longhorn Silver Coin is available from JM Bullion.

Native American Silver Dollar coins are considered legal tender only by the issuing tribes. These are the only American coins you’ll find on the market today not produced by the United States Mint. Proceeds from all purchases go toward raising awareness for Native American tribes and sovereign profiles.

The 2016 1 oz Proof Texas Comanche Longhorn Silver Coin is the fourth coin released in the series’ 2016 issue year. All coins are proof specimens with intricately designed artwork and a satin finish on the product.

The Comanche Nation is a federally recognized tribe headquartered in Lawton, Oklahoma. Historically speaking, the Comanche had a reach that encompassed eastern New Mexico, southeastern Colorado, most of Kansas and Oklahoma, and northwestern Texas. They are represented in the Native American Silver Dollar series with the state of Texas.

On the obverse of the 2016 1 oz Proof Texas Comanche Longhorn Silver Coin you’ll find the image of a Comanche warrior in full regalia, along with engravings of representative tribe, purity, metal content, and weight of the coin, as well as its face value.

The reverse of the Comanche Longhorn Silver Coin includes the image of an iconic Texas Longhorn, one of the native cattle species raised by ranchers and farmers across the region for centuries now. The longhorn is so emblematic of Texas that the University of Texas, the state’s largest public college, uses it as a mascot.

Native American Mint is the production facility responsible for Native American Silver Dollar proofs. It is not associated with the federal government or United States Mint, and strikes each coin under the authority of the issuing tribe.

We encourage all JM Bullion shoppers to reach out to us with questions. You can connect with our customer service team at 800-276-6508, online using our live web chat, and via our email address.