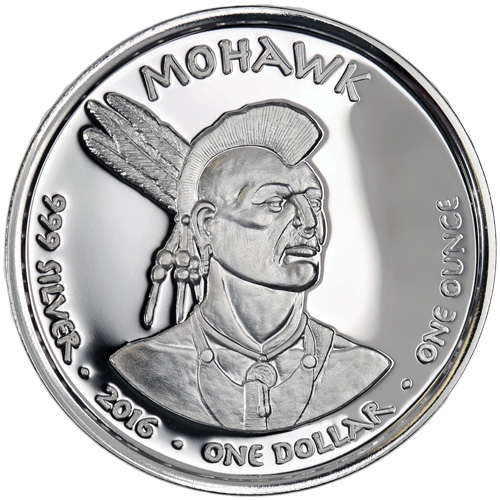 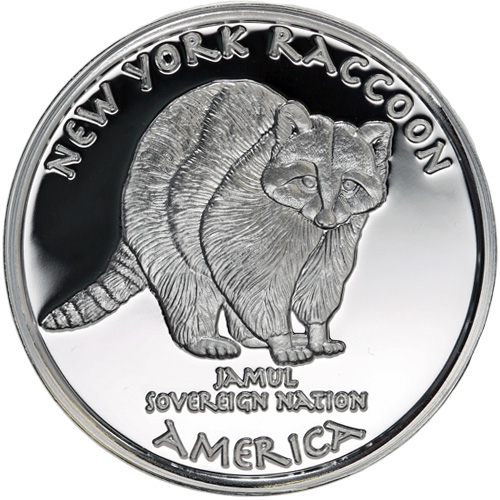 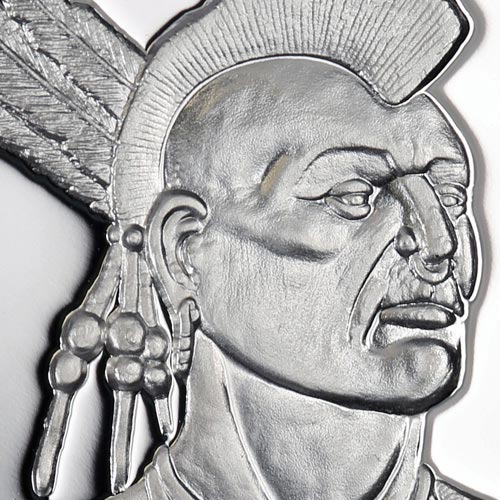 One of the most familiar Native American tribes in US culture are the Mohawk. Fearsome warriors who long protected the other members of the Iroquois Confederation against aggression from other Native American and First Nation tribes in North America. Right now, the 2016 1 oz Proof New York Mohawk Raccoon Silver Coin is available to purchase from JM Bullion.

The Mohawk people have long called the Mohawk Valley of upstate New York home, dating back to the original arrival of these people in the area. Their name, in Iroquois, translates to “people of the Flint place.” Their ancient homeland was rich in flint, which in turn helped the Mohawk become a powerful tribe in the Iroquois Confederation through the flint trade with other tribes.

Mohican warriors were known to be particularly fierce in combat, and the tribes of the Mohawk were often referred to as the Guardians of the Eastern Door, protecting all other members of the confederation against the aggressions of those Native American tribes in New England and Eastern Canada along the Atlantic Coast.

On the obverse of the 2016 1 oz Proof New York Mohawk Raccoon Silver Coin is the image of a Mohawk warrior, along with the engravings of the coin’s face value, weight, purity, and metal content.

The reverse of the Mohawk Silver Coins includes the image of a raccoon, an animal once coveted for its pelts but known more among modern Americans as a nuisance that loves to dig through garbage cans for scraps.

All 2016 1 oz Proof New York Mohawk Raccoon Silver Coins are part of the Native Silver Dollar Series from the Native American Mint. The only American coins not struck by the United States Mint, these coins have no legal tender status as US coinage, but do hold a face value supported by the issuing tribe.

If you have any questions, please don’t hesitate to contact JM Bullion. Our customer service team is available on the phone at 800-276-6508, online using our live web chat feature, and via our email address.