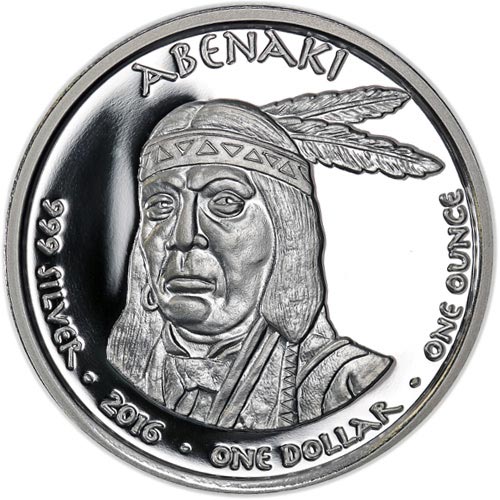 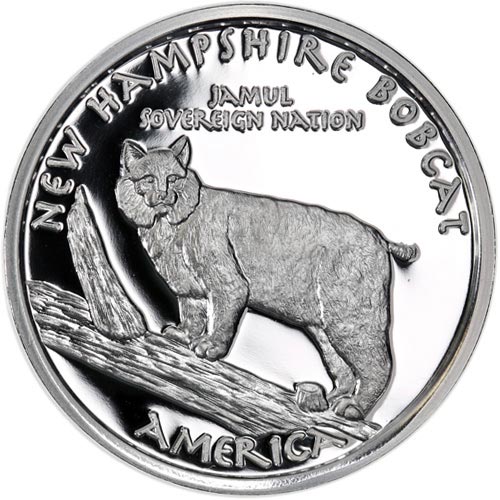 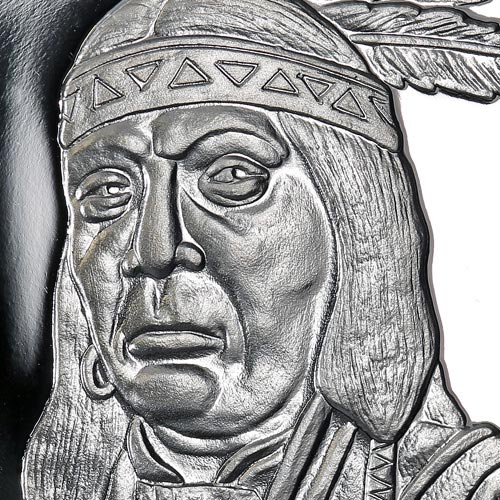 When most investors and collectors think of American coins, those from the United States Mint immediately pop to mind. Technically, there are no other coins minted in the United States than those from the sovereign mint. However, the Native American Mint issues coins (not rounds) backed by sovereign Native American tribes. The 2016 1 oz Proof New Hampshire Abenaki Bobcat Silver Coin is available today from JM Bullion.

There are numerous commonalities in the Native American Silver Dollar Series from the Native American Mint. Each coin’s obverse side features the portrait of image of a member of the representative tribe. In most cases, the coin’s artwork is fictional, though one coin the release so far depicts a historical tribal member.

On the reverse of all coins you’ll find the image of an animal that is critical to the native habitat and environment in which the representative tribe lived. There is one tribe featured per state or region of Canada.

The obverse of the 2016 1 oz Proof New Hampshire Abenaki Bobcat Silver Coin includes the portrait of a member of the Abenaki tribe. The tribal member is featured looking off to the left of the coin field, wearing a headdress with two delicate feathers included. Engravings identify the purity, metal content, and weight of the coin, as well as its face value.

On the reverse of each New Hampshire Abenaki Bobcat Silver Coin is the image of a silent, deadly bobcat. These creatures hunt in forested woodlands throughout the United States and Canada, with ranges that have been shrinking in the United States in recent years.

All 2016 1 oz Proof New Hampshire Abenaki Bobcat Silver Coins have a face value of One Dollar backed by the Abenaki tribe. Numbering 12,000 in the US and Canada today, they were historically members of the Algonquian nation who occupied the regions of modern-day Quebec and New Brunswick in Canada, as well as the US states of Maine, Vermont, and New Hampshire.

We encourage all JM Bullion shoppers to contact our customer service team with questions. You can contact us at 800-276-6508, online using our live web chat, or send us an email with your inquiries.