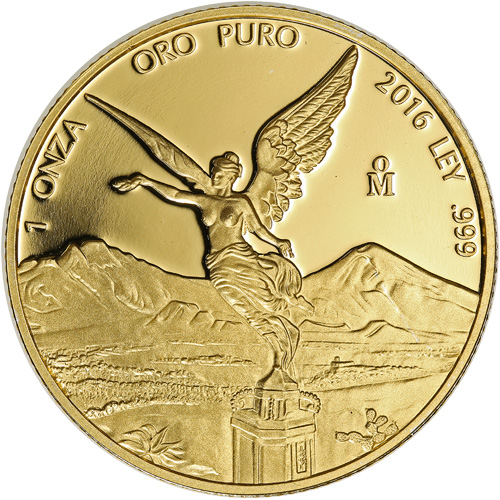 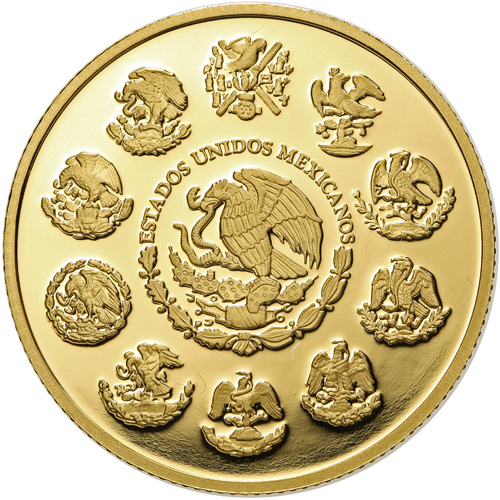 The Gold Libertad from the Mexican Mint is one of the most iconic North American coin releases each year. The official gold bullion coin of Mexico, this popular modern coin is based upon the original gold Centenario piece released by the Mexican Mint in 1921 during the centennial celebration of the nations freedom. The 2016 1 oz Proof Mexican Gold Libertad Coin is available today from JM Bullion.

The obverse of the 2016 1 oz Proof Mexican Gold Libertad Coin includes the image of Winged Victory, a symbol of Mexicos revolution against Spanish colonial rule in the 1820s. The Mexican people fought an eight-year war for independence with Spain before emerging victorious.

On the reverse of all Mexican Gold Libertad coins youll find the image of the modern coat of arms for the nation, which includes a Mexican bald eagle perched atop a cactus arm while it is locked in battle with a serpent. On 1 oz coins, there are 10 engravings around the coat of arms representing the previous iterations of the Mexican coat of arms.

The Mexican Mint is one of the worlds oldest operating facilities, and by far the oldest in the Western Hemisphere. Opened in 1535 by Spanish conquistadors, the mint once handled production of Spanish currency for colonies throughout Central and South America, as well as the South Pacific. Today it is the official sovereign mint of Mexico, controlled by the federal government and overseen by Banco de Mexico.

We encourage all JM Bullion shoppers to contact us with questions. You can reach our customer service team at 800-276-6508, connect with us online through our live chat, or send us an email.