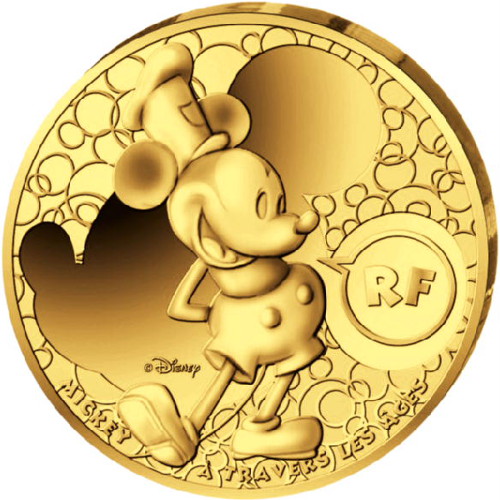 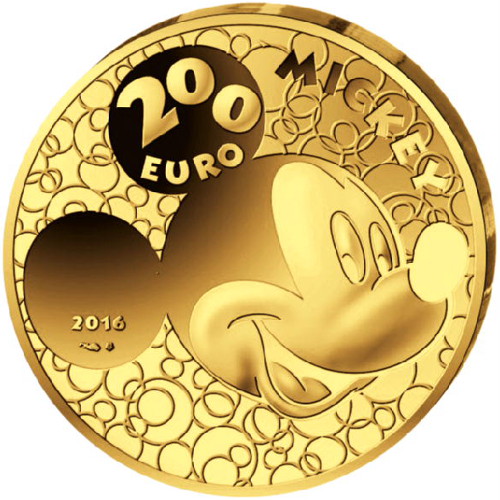 The most famous Mickey Mouse cartoon of all time is, undoubtedly, Steamboat Willie. The first Disney cartoon with synchronized sound, the film introduced the greater world to Walt Disneys lovable mouse and his girlfriend Minnie. The 2016 1 oz Proof French Gold Mickey Mouse Through the Ages Coin is now available to purchase from JM Bullion.

Steamboat Willie was released in 1928 as the first animated short film from Walt Disney to feature synchronized sound. Previous Disney animated shorts had cinematic scores, but there had never been a Disney cartoon with animated character sounds. It was also the first cartoon to feature a soundtrack that was entirely post-produced.

The animated short is so significant that it was chosen 13th in the book The 50 Greatest Cartoons, and was chosen for preservation in 1998 by the United States National Film Registry.

Each 2016 1 oz Proof French Gold Mickey Mouse Through the Ages Coin is part of a greater release of five coins. Each coin, two silver and three gold in total, features Mickey Mouse from a different historical animated short from the past 88 years of Mickey Mouse history.

The reverse of the Proof French Gold Mickey Mouse Through the Ages Coin features the lovable Mickey character from Steamboat Willie. There is an engraving in French on this side that identifies the name of the collection.

On the obverse of all 2016 1 oz Proof French Gold Mickey Mouse Through the Ages Coins youll find the image of Mickeys face. This iconic depiction of the worlds favorite mouse includes engravings of his name, the face value of the coin, and the year of issue.

We encourage all JM Bullion shoppers to reach out to us with any questions. You can reach our customer service team on the phone at 800-276-6508, connect with us online through our live web chat, or simply send us an email. If you are interested in similar products, check out our full selection of Disney Silver Coins.