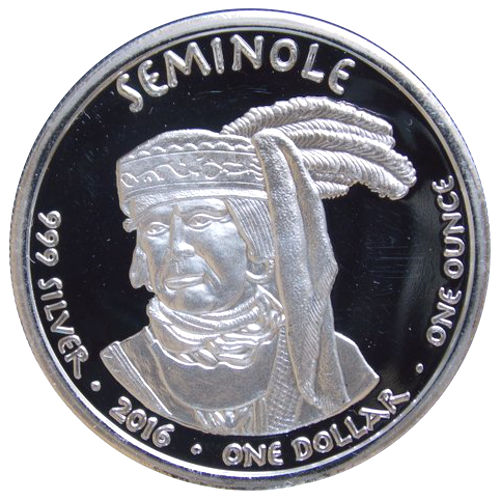 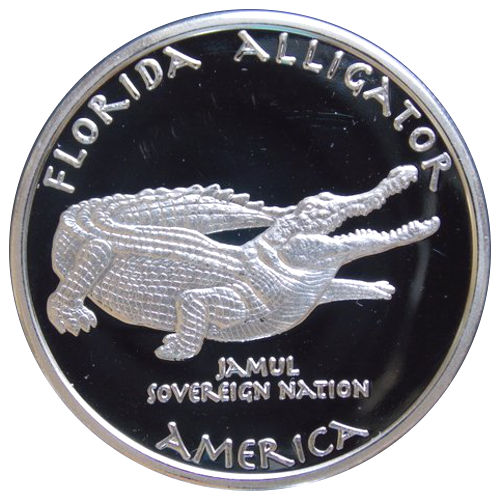 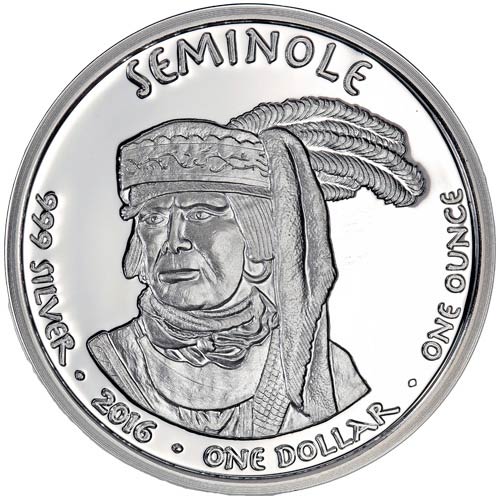 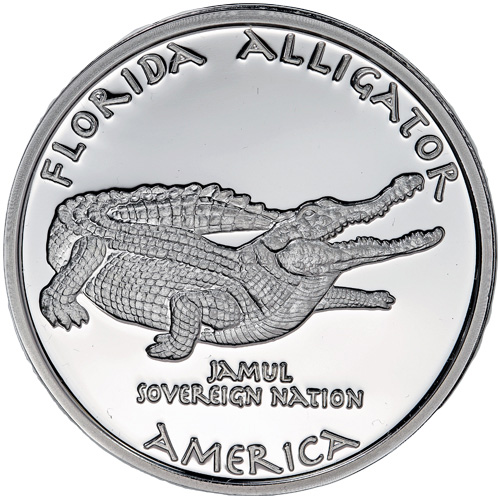 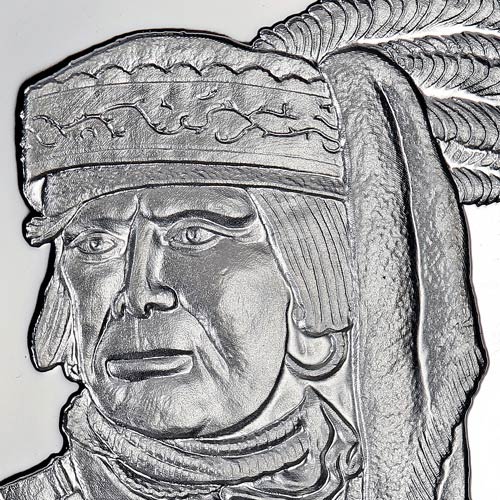 The latest design in the Native American Mint’s ongoing Proof Silver Dollar coin series is now available online, and it features the Seminole people of the southeastern United States. Specifically representing the state of Florida and its dangerous alligator population, this new release is sure to meet with the same demand as other coins in the series. Today, the 2016 1 oz Proof Florida Seminole Alligator Silver Coin is available from JM Bullion.

Each coin in the planned Proof Native American Dollar series represents a different tribe from across North America. In the 8th release in the series, the Native American Mint traveled to the southeastern United States to highlight the Seminole people.

The Seminole people emerged from the Creek nation, predominantly, and originally inhabited much of the state of Florida. The vast majority of the modern Seminole nation reside in Oklahoma, where many were moved on the Trail of Tears alongside the Cherokee and Creeks of Georgia, Mississippi, and elsewhere in the southeastern US.

On the obverse side of the 2016 1 oz Proof Florida Seminole Alligator Silver Coin is the image of a Seminole tribal member, complete with the engravings of the representative nation, the purity, metal content, and weight of the coin. Additional markings on this side include the year of issue and the coin’s face value.

The reverse of the Florida Seminole Alligator coin features the image of an alligator, one of the most well-known reptiles from a state with some of the largest tracts of marshland in the United States. Engravings on this face include the name of the animal, the tribe striking the coins via the Native American Mint, and the word “America.”

Each of the 2016 1 oz Proof Florida Seminole Alligator Silver Coins is a product of the Native American Mint, which is located in Torrance, California and is controlled by the Jamul Sovereign Nation.

If you have any questions about Native American Mint Silver Dollar Coins, please feel free to contact JM Bullion. Our customer service associates are available at 800-276-6508, online using our live web chat, and via our email address.