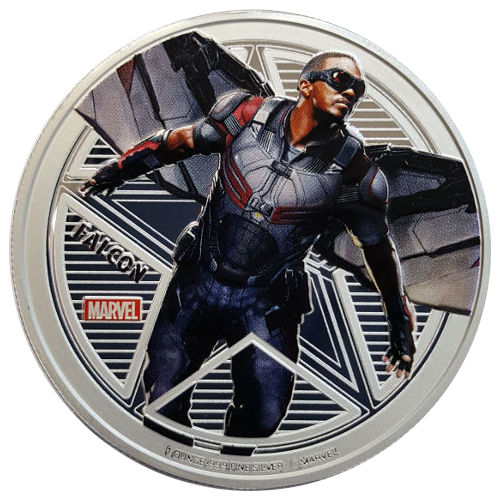 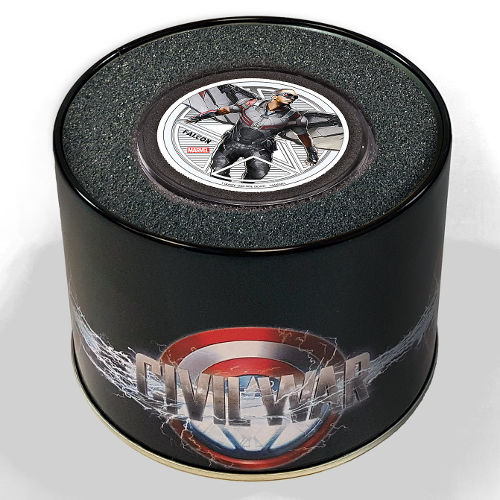 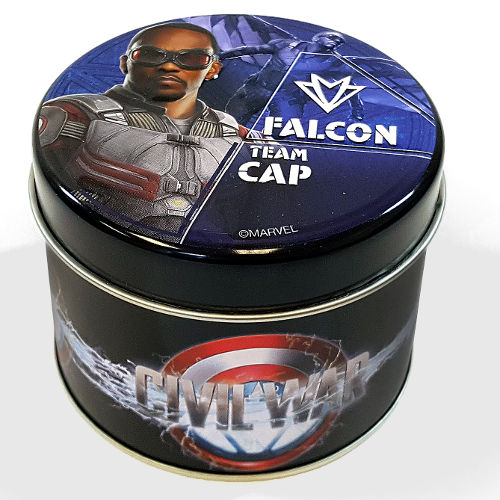 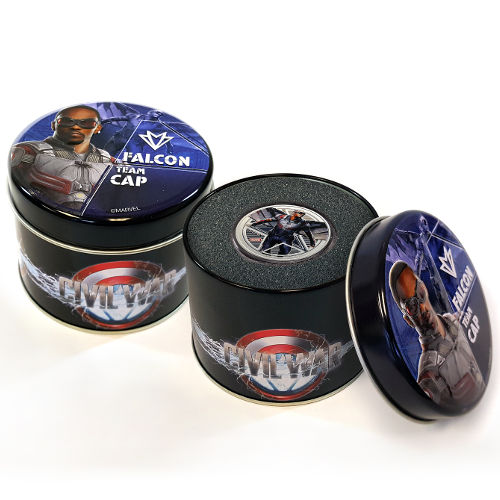 Captain America: Civil War hit theaters in the United States in May 2016, and demolished the competition with a riveting storyline and brilliant cinematography. The only thing more popular than the film at this point are the collectible items associated with the Marvel Comics blockbuster.

The Captain America: Civil War series of proof silver coins includes a total of six releases, highlighting the major Marvel Comics heroes involved in the feature film. Each coin has a colorized design and Marvel logo on the obverse, and ships within a collectible tin bearing theatrical images from the movie.

On the obverse of the 2016 1 oz Proof Fiji Captain American: Civil War Silver Falcon coin is an image of Silver Falcon, colorized to bring the character to life just as seen in the movie. Falcon has one of the most unique skillsets within the Avengers, wearing a suit that allows him to fly but enjoying a mental connection to birds that allows him to see all they see.

The reverse of each of these silver coins will feature the coat of arms for Fiji, which bears imagery that is reflective of the nations seafaring history. It also includes engravings of the nation of issue, year of issue, face value, weight, and purity of the coin.

Each coin the Captain America: Civil War series is produced by the Sunshine Mint, a privately-owned facility located in Coeur dAlene, Idaho.

If you have questions, we encourage you to contact JM Bullion. Our associates are available at 800-276-6508, online using our live web chat, or via our email address.