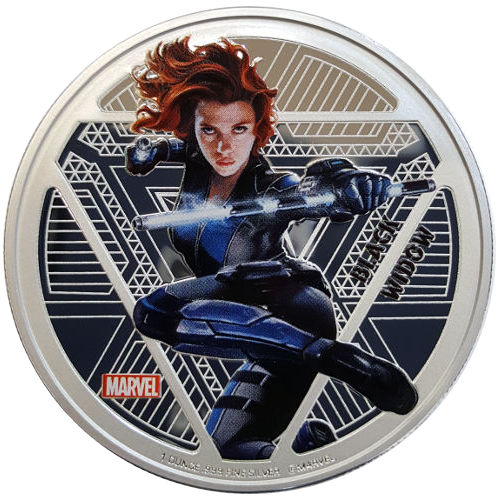 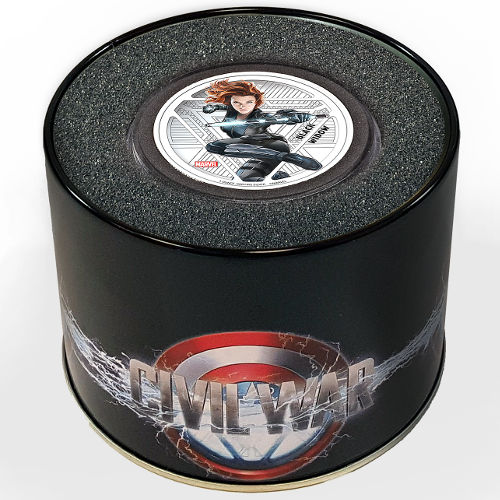 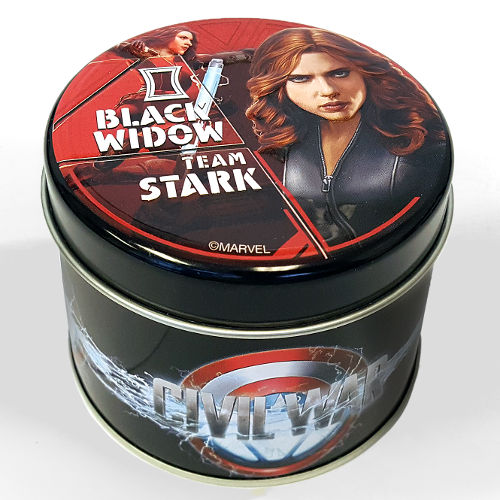 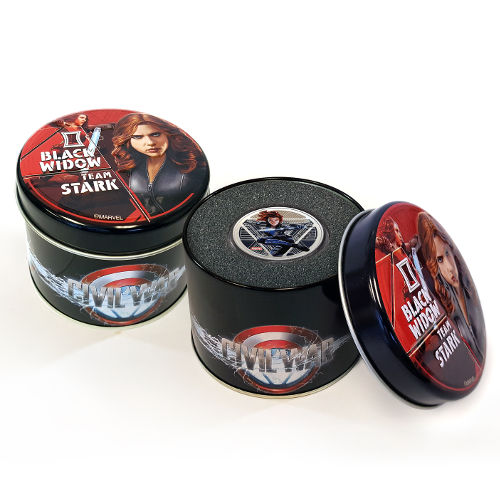 Members of the group of heroes are forced to take sides when Iron Man pushes for the governments objective to allow greater scrutiny of the Avengers actions. On the other side, Captain America believes the group should remain free to protect humanity without government interference.

On the obverse of the 2016 1 oz Proof Fiji Captain America: Civil War Black Widow is an image of Black Widow, just as she appears in the feature film. Engravings on this face include the Marvel logo and the name of the superhero. Black Widow is known for her prowess as a spy and assassin.

The reverse side of each Captain America: Civil War proof coin has the national crest of Fiji, which features two warriors on either side of it. The design of the crest reflects the seafaring history of the islands that makeup Fiji.

Each coin in this proof series is shipped in collectible tin that bears full-color imagery from the film itself. These coins are a product of the Sunshine Mint, which is a privately-owned and operated company based in Coeur dAlene, Idaho.

Please feel free to reach out to JM Bullion with any questions. You can reach us on the phone at 800-276-6508, online using our web chat feature, or by sending us your questions in an email.