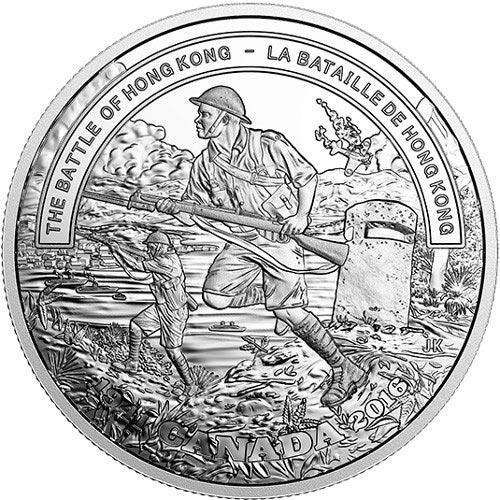 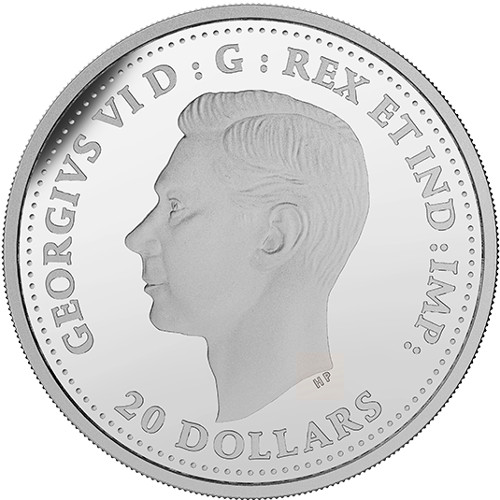 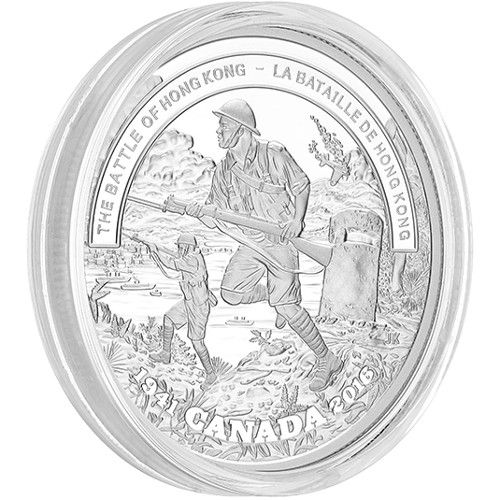 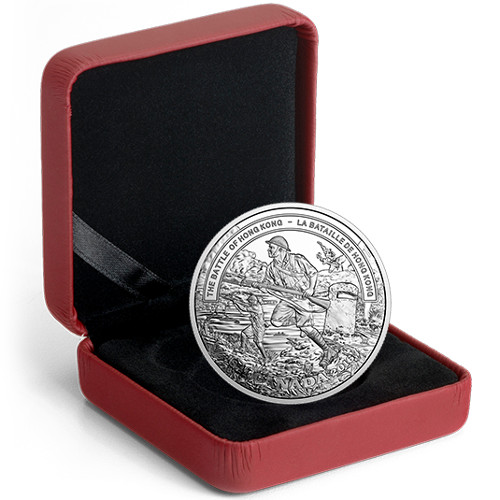 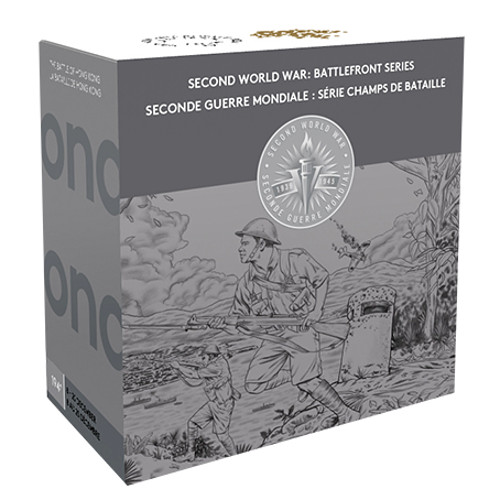 World War II had a tremendous impact on people around the world, with soldiers from nations on every continent fighting and dying for the glory of their cause. Canadian soldiers mounted one of the most valiant defenses of the war during the Battle of Hong Kong, commemorated now on a silver coin from the Royal Canadian Mint. Today, the 2016 1 oz Proof Canadian Silver Second World War: Battlefront Series Battle of Hong Kong Coin is available from JM Bullion.

The Battle of Hong Kong raged from December 8 to December 25, 1941. Out-manned and outgunned Canadian soldiers were assigned the task of defending the British Crown Colony from the onslaught of Japanese naval, air, and ground forces. The Canadians showed tremendous courage and resolve on that day, fighting the very end.

These 2016 1 oz Proof Canadian Silver Second World War Battle of Hong Kong Coins are the second release of the Battlefront Series of silver coins commemorating the major moments of World War II as it involved Canadian service members. December 25, 2016 marks the 75th anniversary of the battle.

On the reverse of each Battle of Hong Kong Coin is an immensely detailed design depicting the battles conditions. Two Canadian soldiers are depicted among the Allied forces struggling to fight back the Japanese assault that include amphibious and air forces. The design shows one soldier running bravely into the fray, while another pauses to aim his Enfield rifle with bayonet attachment.

The obverse of the 2016 1 oz Proof Canadian Silver Battle of Hong Kong coins features the effigy that would have appeared on 1941 issue coins in Canada. The left-profile portrait of King George VI, father to Queen Elizabeth II, is used on this size of the coin.

Each of these coins ships to you in a protective, brilliant maroon clamshell for easy display in your personal collection or that of the military enthusiast in your life. It includes a themed Second World War: Battlefront Series shippers with artwork for the Battle of Hong Kong coin release.

The Royal Canadian Mint opened in 1908, and today operates as the sovereign mint of Canada from its Ottawa and Winnipeg locations.

Please direct any questions to JM Bullion customer service. Our team members are available at 800-276-6508, online using our live chat, and via email.