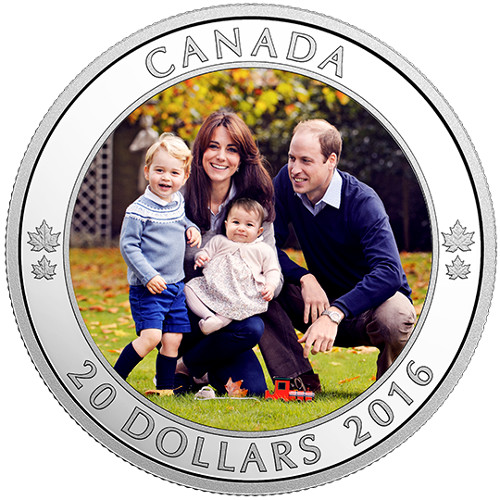 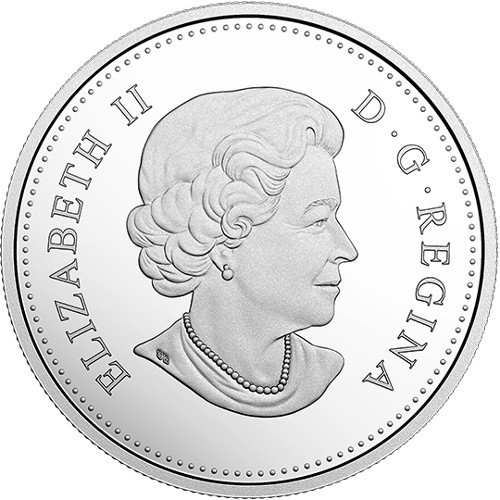 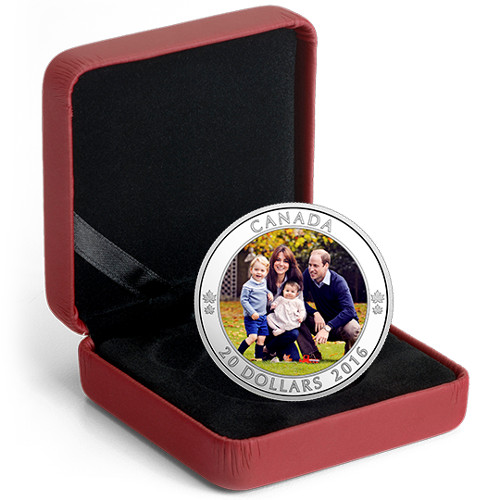 Few figures capture the imagination and hearts of the public like the British Royal family. With a national profile higher than most monarchs, and an international profile that cannot be matched, it makes the news whenever the Royal Family does anything. Canada celebrates the visit of the Royal Family with a special colorized coin from the Royal Canadian Mint. Right now, the 2016 1 oz Proof Canadian Silver Royal Tour Coin is available to purchase from JM Bullion.

From September 24 to October 1, 2016, the Royal Family was on tour through the nation of Canada. Prince William has long captured the hearts of Britons and other residents of the commonwealth as the future King of England, following his grandmother Queen Elizabeth II and his father Prince Charles.

In a photo taken by Chris Jelf, the colorized reverse of the 2016 1 oz Proof Canadian Silver Royal Tour Coin bears the image of Their Royal Highnesses, The Duke and Duchess of Cambridge, along with their children Prince George and Princess Charlotte.

On the obverse is the familiar right-profile portrait of Queen Elizabeth II, matriarch of the family and monarch of Britain. Her Majesty has been the Queen of England since she succeeded her father, King George VI, upon his death in 1952. This design is from Canadian artist Susanna Blunt and was created in 2003.

These 2016 1 oz Proof Canadian Silver Royal Tour Coins are the first from the Royal Canadian Mint ever to feature the entire Royal Family on one coin. The coin has cutting-edge color application that rendered a photo-realistic portrait of the family on the reverse.

Each of these coins is struck by the Royal Canadian Mint. Founded in 1908, it is the sovereign mint of Canada and operates facilities in Ottawa and Winnipeg.

If you have any questions about these Royal Tour Coins, please dont hesitate to ask. JM Bullion customer service associates are available at 800-276-6508, online using our live web chat feature, and via our email address.