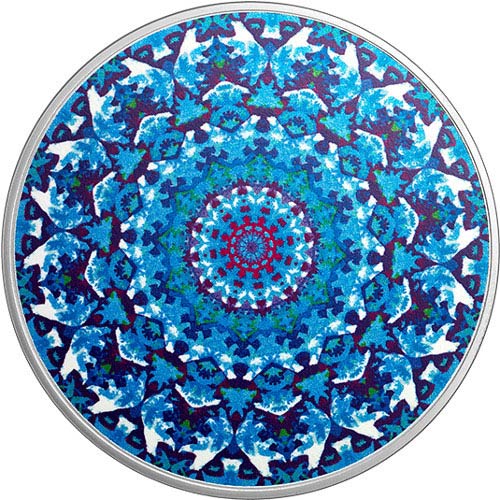 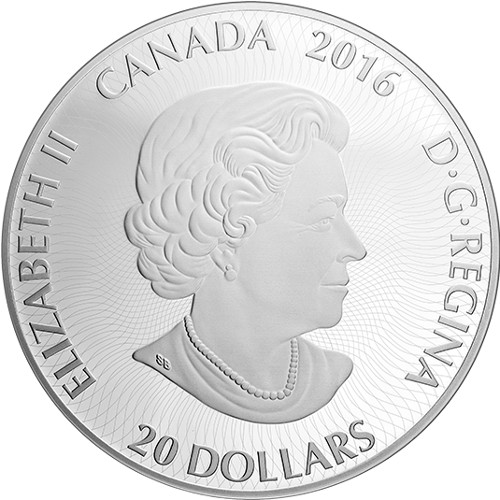 Most children are probably familiar with the concept of a kaleidoscope. The jumble of colors and patterns is created with tumbled glass and varied shapes to distort the normal view with amazing patterns. This concept is now available on silver coins from the Royal Canadian Mint with the launch of a new 3-coin series. Right now, the 2016 1 oz Proof Canadian Silver Canadiana Kaleidoscope: Polar Bear Coin is available from JM Bullion.

All 2016 1 oz Proof Canadian Silver Canadiana Kaleidoscope Polar Bear coins ship to you housed in a maroon clamshell, the iconic display case of the Royal Canadian Mints proof coinage. Your clamshell and coin ship to you inside of a black beauty box to protect the condition of all pieces.

The new 3-coin program known as Canadiana Kaleidoscope uses various shades of translucent blue, tumbling glass, and repeating patterns to create the image of various polar bears dancing around the reverse side of the coins face.

Subsequent releases in this program will include the common loon and the sugar maple leaf, each of which will feature its own unique kaleidoscope design. Additionally, all the coins will have reverse designs that cover the entire reverse of the coin, from edge to edge, with no border.

The reverse of the 2016 1 oz Proof Canadian Silver Canadiana Kaleidoscope Polar Bear coin features the amazing imagery of countless polar bears in various positions spread across the reverse face. The kaleidoscope imagery draws the eye in while the beautiful hues of blue capture the imagination.

The Royal Canadian Mint was founded in 1980 to provide the newly independent nation of Canada with coining capacity for its own currency. Originally operating just one location in Ottawa, the federal capital city, a second facility opened in Winnipeg in the 1980s.

If you have any questions, please dont hesitate to ask JM Bullion. Our customer service team is available at 800-276-6508, online through our live chat service, and via our email address.