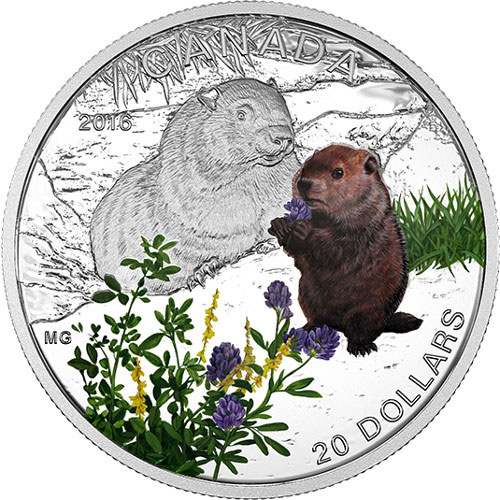 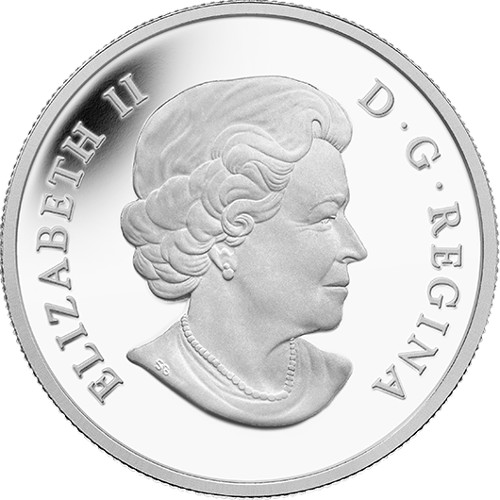 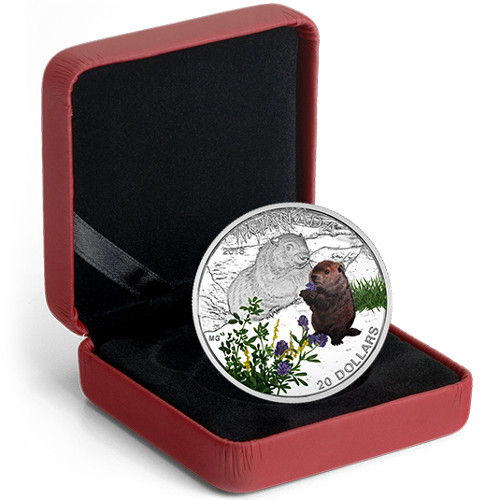 The Canadian Silver Baby Animals series of coins from the Royal Canadian Mint focuses on the connection between some of the most beloved native species in Canada, and their young. All coins in the collection feature an adult and baby member of the species, with the 11th coin focusing on the woodchuck. The 2016 1 oz Proof Canadian Silver Baby Animals Woodchuck Coin is now available to purchase from JM Bullion.

The Baby Animals Series from the Royal Canadian Mint is ideal for those collectors who love all things Canadian, wildlife, and/or nature-themed in their personal coin collection. The 11th release in this popular series focuses on the woodchuck, known to some as the groundhog.

Woodchucks are winter hibernators in the Canadian wilderness, only emerging in the warmer months of late spring, summer, and early autumn to warm their bodies and collect food for their young. The 2016 1 oz Proof Canadian Silver Baby Animals Woodchuck Coin captures one of these heart-warming moments.

All 2016 1 oz Proof Canadian Silver Baby Animals Woodchuck Coins in this collection ship to you inside of the Royal Canadian Mints maroon clamshell for easy, safe display in your collection. Each coin additionally arrives inside of a black beauty box for safe shipping.

On the reverse of the Proof Canadian Silver Baby Animals Woodchuck coin youll find a design from Michelle Grant. It depicts a mother woodchuck on the banks of a body of water engaged with its baby woodchuck, which is captured in full-color to highlight the start of the series.

The obverse of all 2016 1 oz Proof Canadian Silver Baby Animals Woodchuck Coins features the right-profile portrait of Queen Elizabeth II. Her Majesty has appeared on the reverse of all Canadian coinage since 1952 when she ascended to the British throne, and this current portrait was created in 2003 by Susanna Blunt.

Founded in 1908, the Royal Canadian Mint is the youngest minting facility in North America. It originally consisted of just one location in the federal capital city of Ottawa, but expanded to include as second facility in Winnipeg in the 1980s.

We encourage JM Bullion shoppers to contact us with questions at 800-276-6508. You can also connect with us online using our live chat and email features.