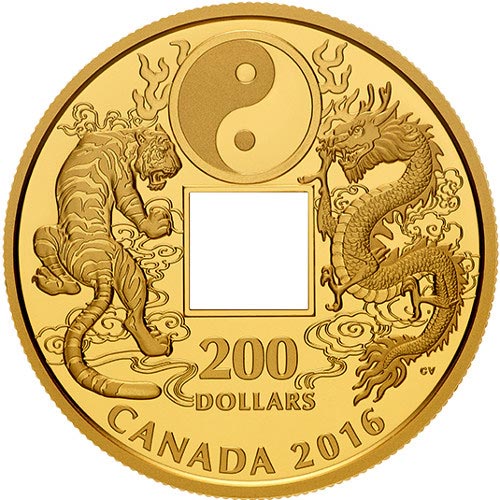 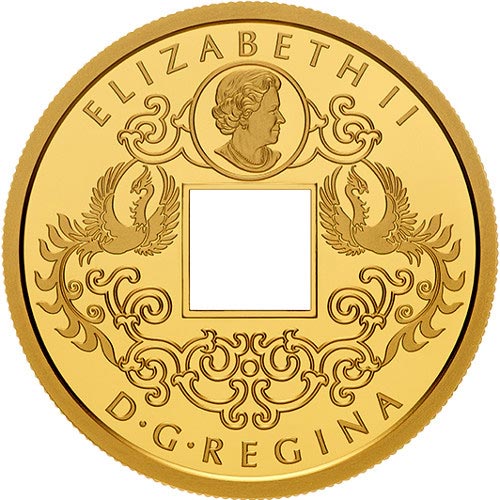 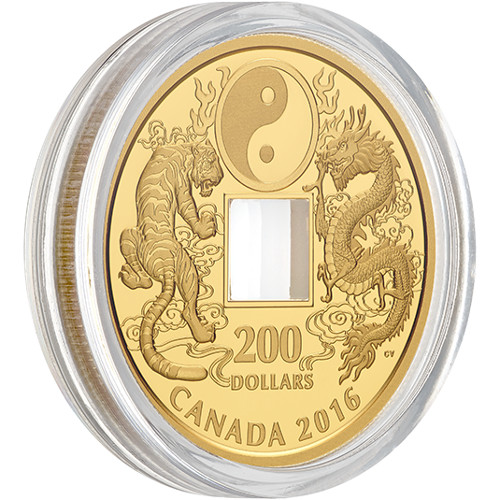 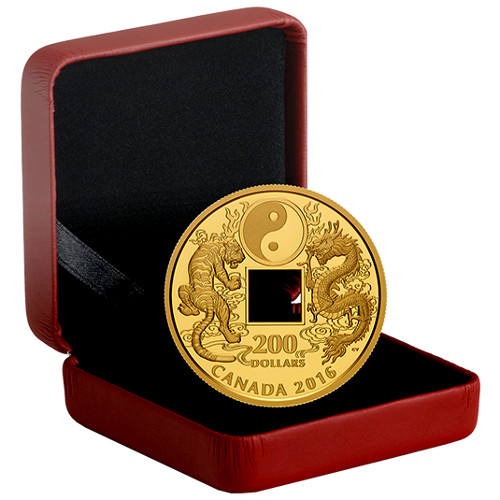 Chinese history is full of tales of the power and prevalence of animals in the human world. Among the two most prolific figures to the Chinese are the tiger and dragon, both symbols which are referenced throughout Chinese myth, astronomy, and astrology. These two mythic powers are featured together on the 2016 1 oz Proof Canadian Gold Tiger and Dragon Yin and Yang coin, available from JM Bullion.

Each of these 2016 1 oz Proof Canadian Gold Tiger and Dragon Yin and Yang coins has a special production that includes a square hole in the center of the coin, a feature which comes as a first from the Royal Canadian Mint in a gold coin series.

The hole is a traditional feature of Chinese minting, and is used to represent the Earth and the national landmass of China. On the obverse of the coin, Queen Elizabeth IIs effigy has a unique finish. Because of the hole, it cannot appear in its traditional central spot. It is instead located above the hole inside of a polished, smooth circle.

On the reverse of the 2016 1 oz Proof Canadian Gold Tiger and Dragon Yin and Yang coin youll find contrasting images of the Tiger and Dragon. The tiger is associated in Chinese tradition with a western compass point, and has its back to the viewer as it climbs up the coin. The dragon, a traditional eastern compass point, is seen in profile view facing the tiger to its left.

The obverse of the coin has Queen Elizabeth IIs portrait by Susanna Blunt featured above the hole, along with phoenixes flanking each side of the hole. When juxtaposed with the dragon design on the reverse, phoenixes represent the feminine figure, the Empress, and the Queen.

We encourage all JM Bullion shoppers to reach out to us with questions. You can contact us on the phone at 800-276-6508, connect with us online through our live web chat, or simply send us an email.