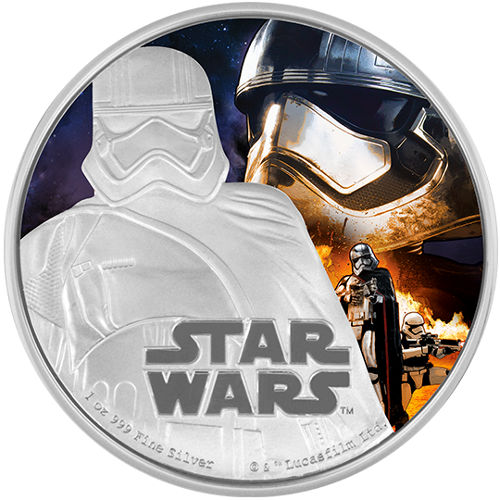 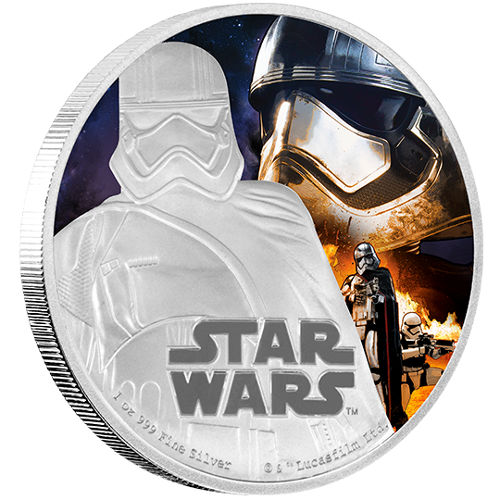 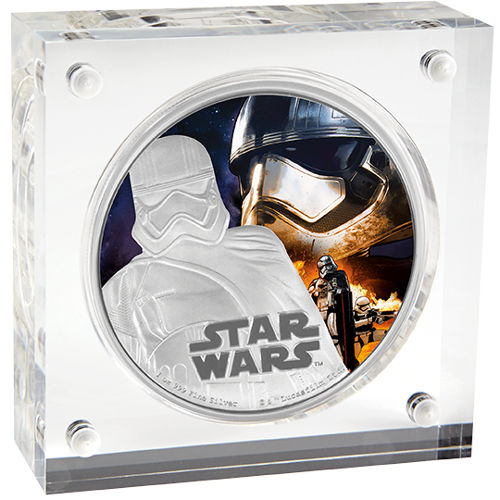 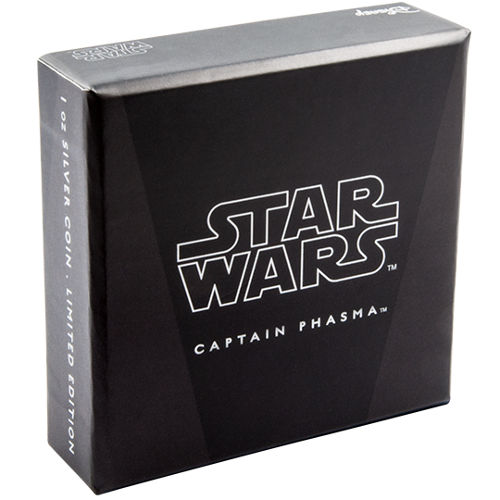 A total of two new coin programs are available from the New Zealand Mint featuring Star Wars themes. In one, characters from the original Star Wars films are captured on silver and gold coins. The second series features the next generation of characters from Star Wars: The Force Awakens.

This second series launched with a Kylo Ren coin, and continued with this 2016 1 oz Niue Silver Star Wars Captain Phasma coin as the second release. A third coin featuring Rey is also available. The coins in this series feature the characters in colorized designs for real-life flair.

On the obverse of each coin in the series is the right-profile portrait of Queen Elizabeth II, as created in 1998 by Ian Rank-Broadley. This side features engravings identifying Her Majesty, the nation of issue, the coin’s face value, and its year of issue.

The reverse side of the 2016 1 oz Niue Silver Star Wars Captain Phasma coin brings her character to life with three images. She is featured in colorized designs that include her distinctive metallic armor as she leads the legions of storm troopers for the First Order.

Each coin in the series is a product of the New Zealand Mint, and ships in a brilliant themed shipping box. The New Zealand Mint is a private facility in Auckland, but does not handle the production of circulation currency for the nation. New Zealand dollars, coins, and other banknotes are produced overseas by the Royal Canadian Mint and Royal Mint.

If you have questions, please don’t hesitate to ask. You can reach us on the phone at 800-276-6508, chat with JM Bullion associates online, or email us.