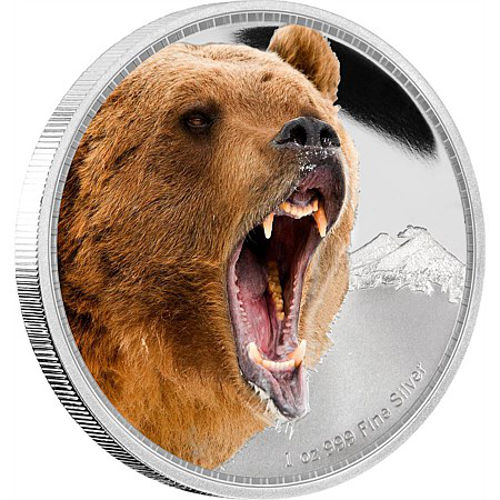 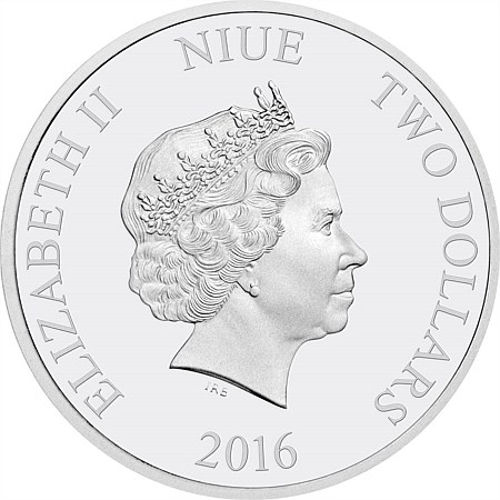 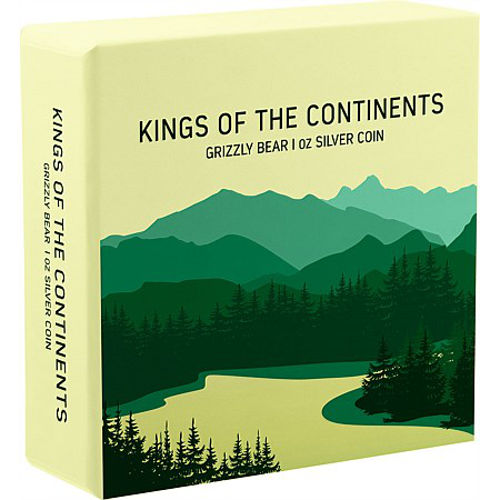 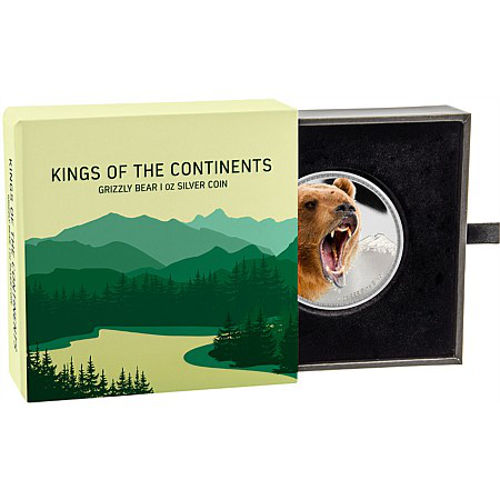 One of the great wonders of the world is the diversity of animals species found in various corners of the globe. The New Zealand Mint released an exciting new series of coins in 2016 known as Kings of the Continents. With a new design on each release, this series takes you around the globe to look at the many animals that dominate the landscape of the world’s landmasses. Right now, the 2016 1 oz Niue Silver Kings of the Continents Grizzly Bear Coin is available from JM Bullion.

The grizzly bear is the largest mammalian predator in the world today, and is technically known as a subspecies of the North American brown bear. These massive predators stand as tall as 8 feet in height and can weigh upwards of 800 lbs. The official name of the grizzly bear is Urusus horribilis, which literally translates as “terrifying bear.”

In the post-glacial world in North America, the grizzly bear had a range along the Pacific Coast that ran from the northernmost tips of Alaska down to the modern-day southern US into Arizona and New Mexico.

The Kings of the Continents Series from the New Zealand Mint includes colorized images on the reverse side of each coin, bringing the featured animal to life with brilliant hues. Each coin here is in Brilliant Uncirculated condition. BU coins feature no signs of wear and tear, though you may notice breaks in the luster, spotted surfaces, or contact marks.

On the reverse of each 2016 1 oz Niue Silver Kings of the Continent coin you’ll find the startling image of a grizzly bear letting out its powerful, fearsome roar. Only the image of the grizzly bear has been colorized to help it stand out from the rest of the coin’s design.

The obverse of all Kings of the Continents coins include the right-profile portrait of Queen Elizabeth II, created in 1998 by Ian Rank-Broadley. Standard engravings identify the nation of issue, year of issue, face value, and Her Majesty’s name.

New Zealand Mint is a privately-owned company in Auckland, but does not have any association with the national government. Official New Zealand dollars and other currency are struck by the Royal Canadian Mint and Royal Mint in London.

Please don’t hesitate to contact JM Bullion with questions. You can reach us on the phone at 800-276-6508, connect with us online using our live chat, or email us directly.