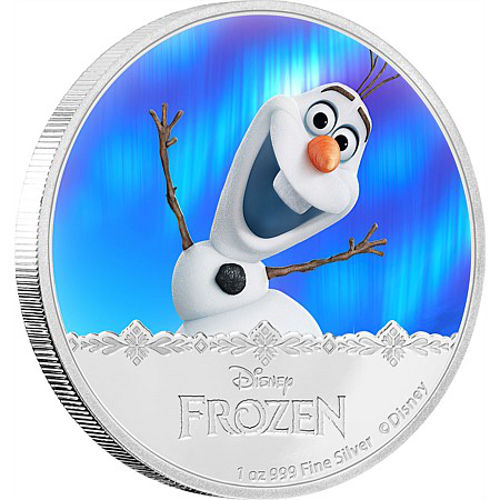 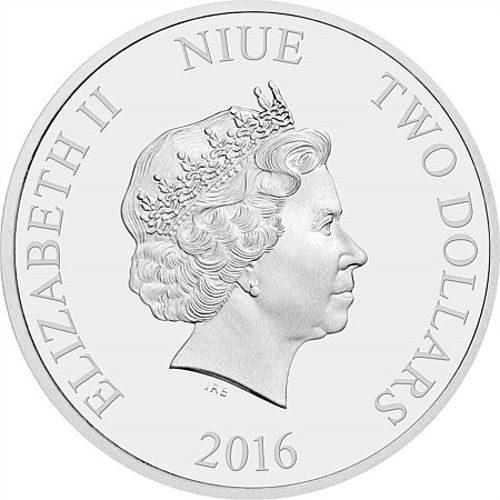 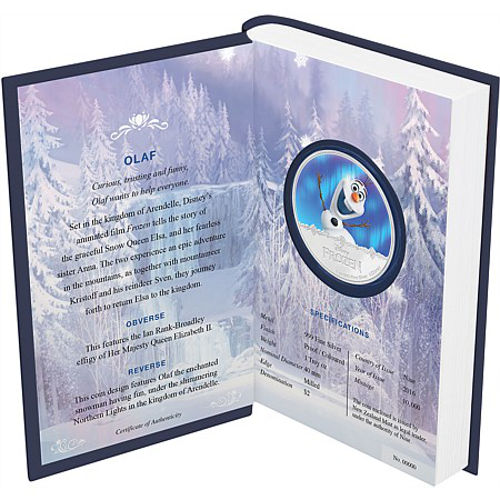 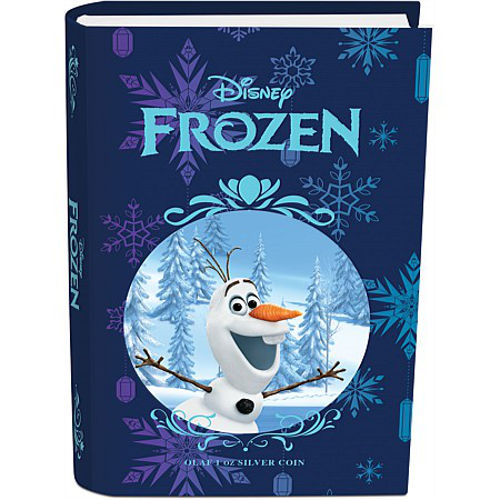 The Frozen feature film from Disney smashed box-office records at the time and created a following unlike any other Disney princess film of the past. Given the special status of Frozen in Disney lore, the film and its characters were worthy of their own silver coin set from the New Zealand Mint. The 2016 1 oz Niue Silver Disney Frozen Coin is available now from JM Bullion.

The New Zealand Mint has a lot of Disney-themed products available in both silver and gold, including a special Disney Princess series. However, the NZ Mint deemed the Frozen film worthy of its own distinction and thus, its own silver coin series.

Disney Frozen – The Magic of the Northern Lights Series debuted in 2016 with coins featuring the primary princesses from the film. First, the Queen Elsa release, and then the following release of the Princess Anna coin. Now, in the third release we find the lovable snowman Olaf appearing on the reverse.

Each of these 2016 1 oz Niue Silver Disney Frozen Olaf Coins ships to you in a Frozen storybook-themed box, and includes a Certificate of Authenticity that certifies the condition, weight, and purity of the coin.

The obverse of all Disney Frozen Olaf Coins includes the portrait of Queen Elizabeth II. Captured in right-profile relief, this image was created in 1998 by Ian Rank-Broadley and is featured on the obverse of all New Zealand Mint coins.

On the reverse of the 2016 1 oz Niue Silver Disney Frozen Olaf Coin you’ll find the image of the happy, laughable snowman Olaf from Frozen. Olaf is captured in brilliant color, and the background shows flashes of the Northern Lights, with the bottom third of the coin maintaining its silver finish.

The New Zealand Mint is located in Auckland, New Zealand. Although it seems as though it would be the sovereign mint of the nation, it is a private company and the only mint in the nation. All New Zealand currency is produced overseas by the Royal Mint and Royal Canadian Mint.

We encourage JM Bullion customers to reach out to us with any questions. You can contact JM Bullion on the phone at 800-276-6508, connect with us online using our live web chat, or simply send us an email.