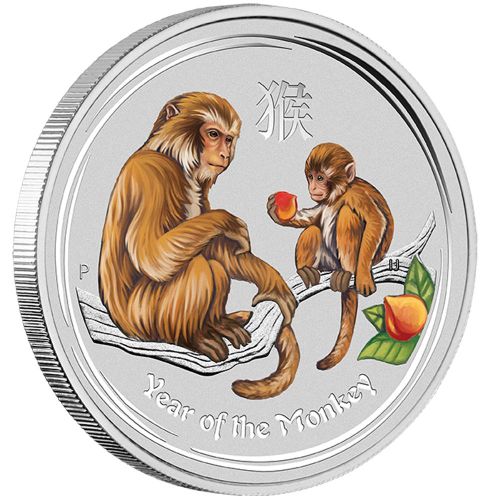 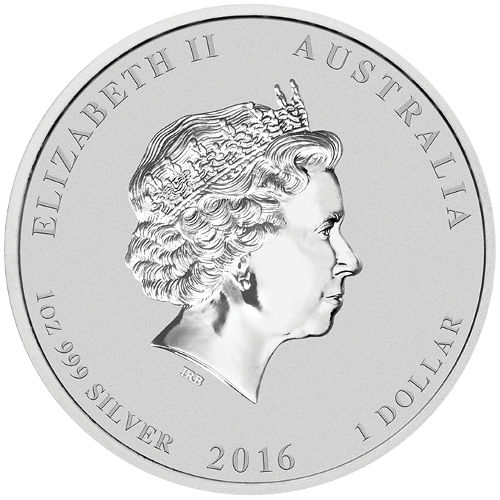 The Year of the Monkey is upon us in 2016, and the Perth Mint is hard at work striking and releasing its popular Lunar Series II coins to mark the occasion. As with all other release years, a new design is featured for 2016 that unique reflects and celebrates the Year of the Monkey. Right now, 2016 1 oz Colorized Australian Silver Lunar Monkey Coins are available as BU specimens from JM Bullion.

Each year since 2008, the Perth Mint has released a new design in its Lunar Series II coin program. This series of lunar-themed coins picks up where the original series, Lunar Series I, left off in 2007. That first program ran for 12 years, depicting each animal of the Zodiac and helped popularize the lunar theme in coin design.

These 2016 1 oz Colorized Australian Silver Lunar Monkey Coins are just one of the many different weights, finishes, and designs used for the Year of the Monkey release by the Perth Mint. These particular coins stand out from the mint’s collection with colorized finishes on the reverse.

All 2016 Australian Silver Monkey coins in this listing have a BU grade. Coins in Brilliant Uncirculated condition have no signs of wear and tear, though you may notice the presence of minor production-related flaws such as breaks in the luster, spotted surfaces, or contact marks from striking.

The reverse of the 2016 1 oz Colorized Australian Silver Lunar Monkey Coins features the Year of the Monkey design used on all silver coins in the series, with the inclusion of natural hues and tones to bring the pair of monkeys to life. Engravings accompanying the design includes the “Year of the Monkey” name and the Chinese symbol for monkey.

On the obverse of each coin is the right-profile portrait of Queen Elizabeth II from Ian Rank-Broadley. Designed in 1998, this depiction is featured along with engravings of Her Majesty’s full name, the year of issue, nation of issue, weight, purity, and metal content of the coin, as well as its face value.

The Perth Mint was founded in 1899, just two years before Australia’s federation and the beginning of its separation from the British Empire. Today, Perth Mint stands as the oldest operating facility in the country and is a state-owned entity of Western Australia.

Please feel free to reach out to JM Bullion with your questions by calling us at 800-276-6508, chatting with us live online, or sending us your inquiries via email.