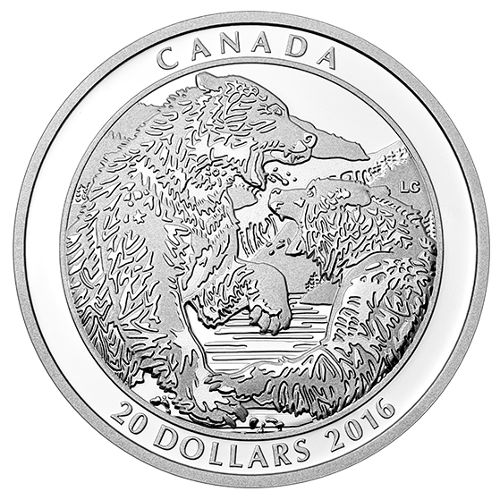 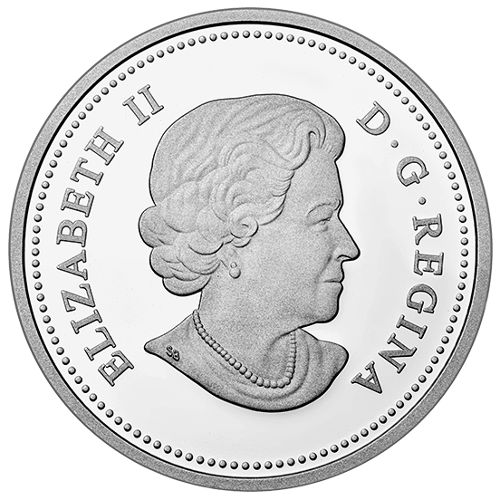 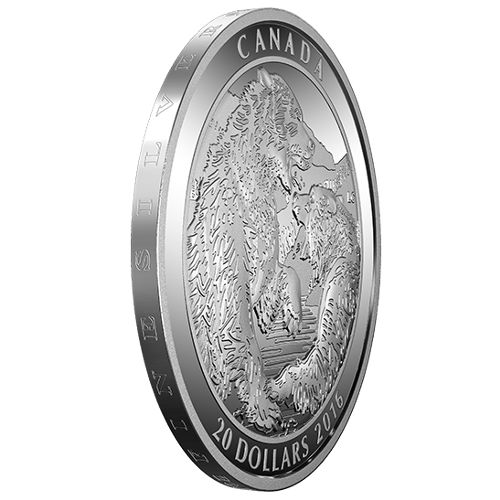 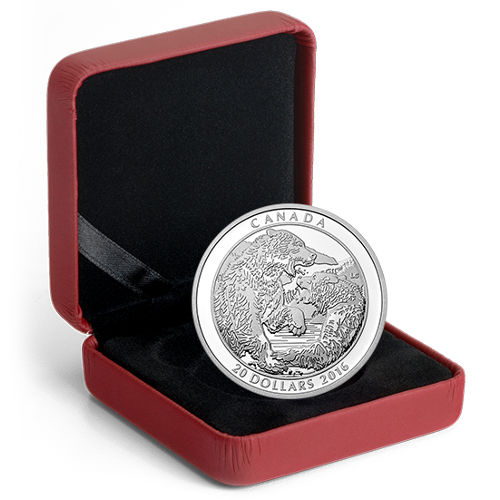 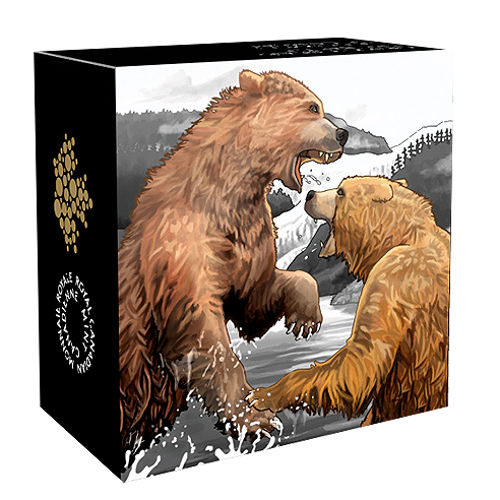 There are a few animals more symbolic of the rugged nature of North America than the grizzly bear. A massive and powerful mammal, the grizzly has dominated the forests and mountains of North America for centuries. To this day the creature strikes fear in the heart of humans, and its brutality is captured brilliantly on the 2016 1 oz Canadian Silver Grizzly Bear: The Battle coin, available from JM Bullion.

The Battle Coin in the Canadian Silver Grizzly Bear Series is part of a much larger coin program from the Royal Canadian Mint. The set includes a total of four silver coins, one gold coin, and one platinum coins. All coins in the series are struck in proof. Each silver coin has a limited mintage of 6,500, with the gold coin struck at 275 and the platinum at 200.

Other designs in the Canadian Silver Grizzly Bear Series include The Catch, Togetherness, and the Family Clan. The images are meant to depict the common images from the life of a grizzly bear.

On the reverse face of the coin is the image of two massive male grizzly bears locked in a battle for dominance. Set in the icy waters of a Canadian river, with majestic peaks rising into the background, the bears lunge at one another with jaws open. Engravings include the nation of issue, year of issue, and face value of the coin.

The Royal Canadian Mint was founded in 1908 to process gold and silver discovered in the Yukon Territories during the late 19th century. After nearly eight decades as a one-facility system, RCM expanded in the 1980s to include a new, modern facility in Winnipeg.

If you have questions, please contact JM Bullion at 800-276-6508. You can also reach out to us online using our live chat and email features.