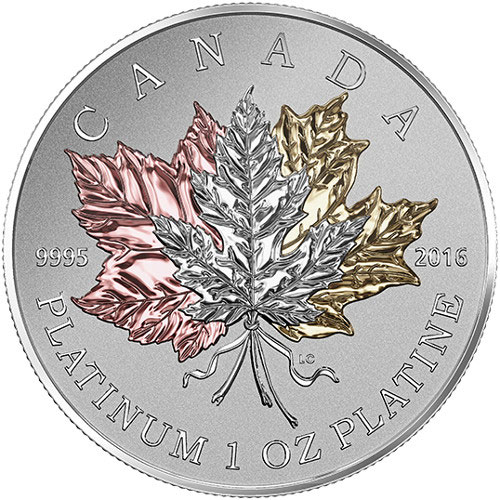 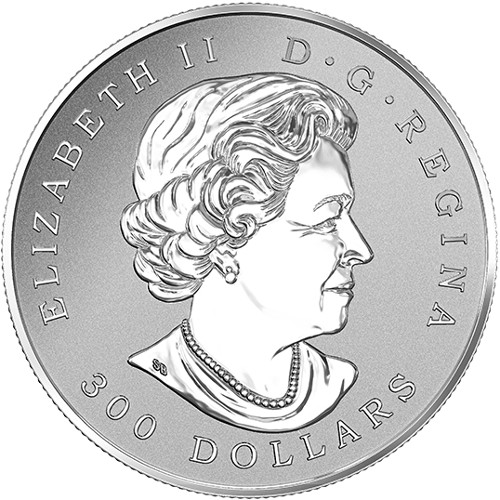 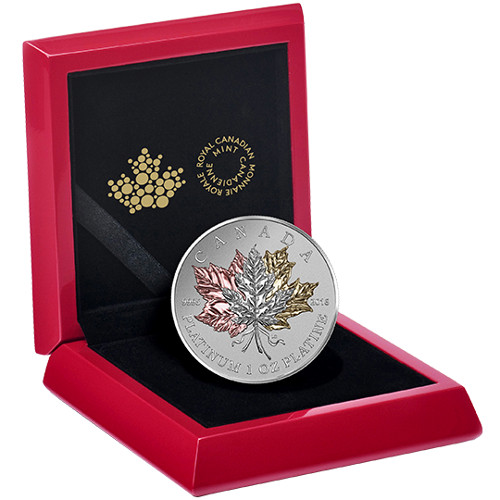 The Canadian Maple Leaf Series of coins from the Royal Canadian Mint are among the most visible products on the market today, sought after by collectors and investors around the globe. The Platinum Maple Leaf is one of the newest variants in the program, and a special release was made available in 2016. Right now, the 2016 1 oz Canadian Platinum Maple Leaf Reverse Proof Coin is available from JM Bullion.

Canadian Maple Leaf coins are available on an annual basis from the Royal Canadian Mint, with the gold, silver, platinum, and palladium versions of the coin all featuring the same image of a sugar maple leaf, the official symbol of the nation of Canada.

For this unique 2016 1 oz Canadian Platinum Maple Leaf Forever Reverse Proof Coin release, the Royal Canadian Mint has tinkered with its common design for this coins release in the Forever Series. Youll find not one, but three different species of maple leaves on this side of the coin, each tree species being native to Canada.

On the reverse of the 2016 1 oz Canadian Platinum Maple Leaf Reverse Proof Coin is the image of those three leaves, with selective gold plating used to depict the leaves in different times of year. The center leaf is engraved in silver, while the left has a pink gold plating to depict the red maple leaf in autumn. The leaf to the right is the sugar maple leaf with yellow gold plating to bring out the beautiful golden hues of autumn.

The obverse of all Canadian Platinum Maple Leaf Reverse Proof Coins in this collection feature the right-profile portrait of Queen Elizabeth II. Her Majestys image was created in 2003 by Susanna Blunt and has occurred on Canadian coinage since 2004.

Each of these 2016 1 oz Canadian Platinum Maple Leaf Forever Reverse Proof Coins is available with a reverse proof finish, which lends deeply mirrored, clear finishes to the design features and a strong, frosted relief to the background field.

The Royal Canadian Mint was founded in 1908 and operates primarily out of the federal capital city of Ottawa. An addition facility was constructed in the 1980s in Winnipeg to boost production capacity.

If you have any questions, please dont hesitate to ask. JM Bullion associates are available at 800-276-6508, online through our live web chat, and via our email address.