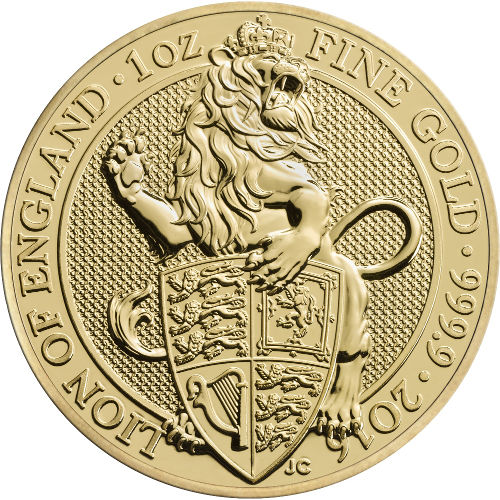 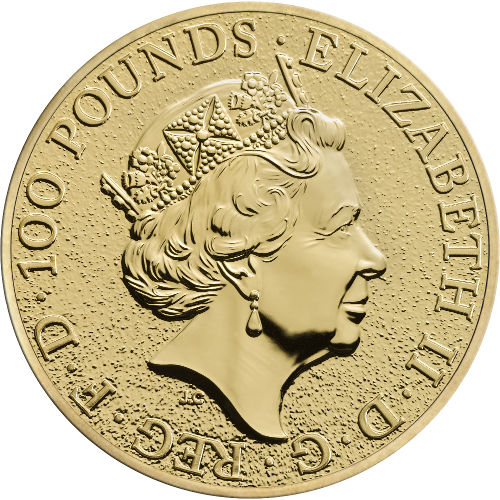 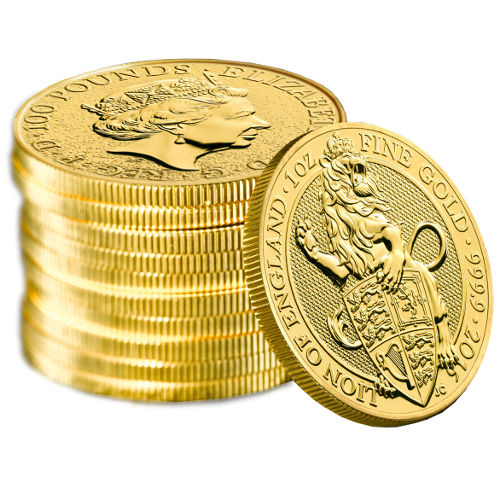 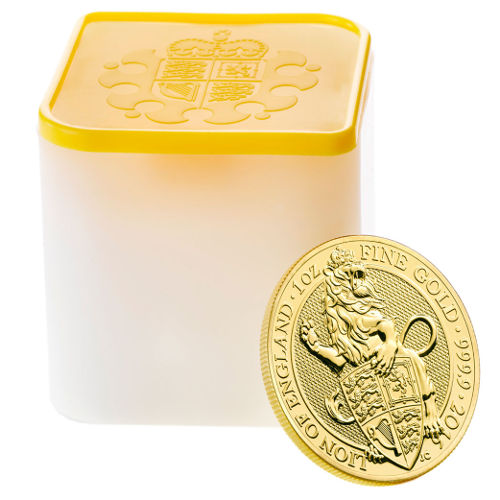 The British Royal Mint is one of the world’s oldest operating mints, and is responsible for the production of some of the finest bullion coins in the world market today. A unique series of gold and silver coins is available in 2016 featuring the Queen’s image and that of the nation’s official symbol, a lion. Known as the Queen’s Beast Series, the 2016 1 oz British Gold Queen’s Beast coin is now available from JM Bullion.

Around the 12th century, British monarchs adopted the Three Lions in the national shield. Prior to this time, only people or families had shields, making the British monarchs among the first to adopt this practice for nations.

Over the centuries, the lion has been depicted in various positions, or attitudes, in the design of British crests. On the Queen’s Beast series, the lion guards the heraldic shield of Britain in rampant position, denoted by its raised forepaws and erect position. This indicates the lion is ready to strike.

Each 2016 1 oz British Gold Queen’s Beast coin in this JM Bullion listing has a Brilliant Uncirculated grade. Coins in this condition show no signs of wear and tear, though you may notice minor flaws such as breaks in the luster, spotted surfaces, or contact marks.

The obverse side of the coin features the all-new right-profile portrait of Queen Elizabeth II. Replacing the 1998 design from Sir Ian Rank-Broadley, this design was unveiled in July 2015 for use on British coinage. Coin designer Jody Clark, at 33 years old, is the youngest to create the Queen’s portrait for the Royal Mint.

On the reverse is the image of the royal lion in rampant position, prepared to fiercely defend the heraldic shield of the nation. Engravings around the edge of the design field include “Lion of England,” “1 oz Fine Gold,” “9999,” and “2016.”

If you have any questions about this new product, please feel free to reach out to JM Bullion associates at 800-276-6508. You can also reach us online using our live chat and email features.

David from FL - December 30, 2016
"this coin is quite literally the finest piece of artwork that I have come to own! If my finances were better I would own quite a few of these, but for now this one will do! Thanks JM for quick service and good prices..."

Terry from OR - May 03, 2016
"It hasn't been 24 hours since I ordered this fine coin (via BTC), yet JM Bullion already has it in my hand. What a treat life would be were all companies to run as smoothly as JMB. I shall return."

Clark H from PA - April 17, 2016
"Can't believe I got such a nice coin without paying a hefty premiumover spot."

Charles from CA - April 05, 2016
"An Anglophile since childhood, I've followed Elizabeth II since her marriage (1947). She was kind enough to name her first son after me!; and now that I can indulge the investment, it is a pleasure to begin this series with the outlook to complete it. This Lion is superbly detailed, as I'm sure the subsequent 'beasties' will prove to be. No photo can demonstrate how beautiful fine gold truly is, and these lovely coins bring a new aspect to numismatics - or collecting for its interest alone. I await next year and beyond to see what other delights the Brits come up with. Thanks J.M.B. - always a pleasure dealing with the best!"