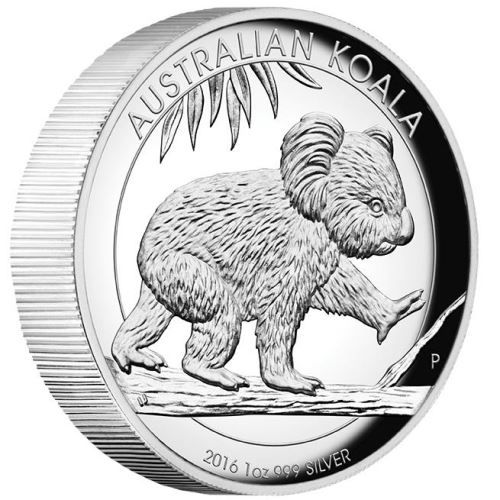 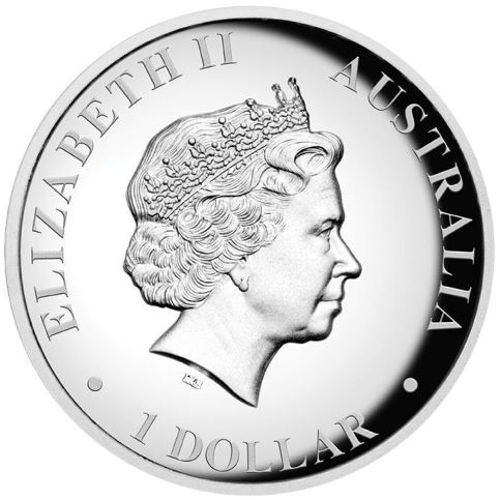 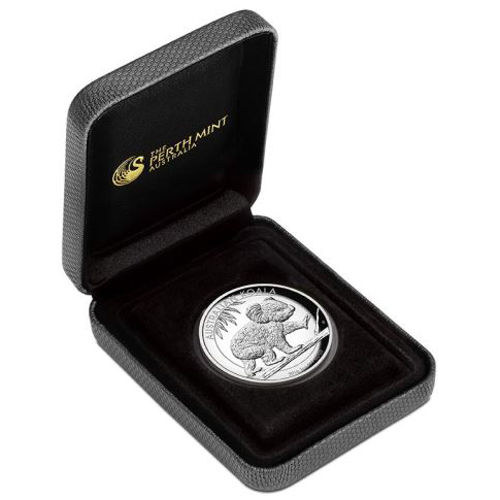 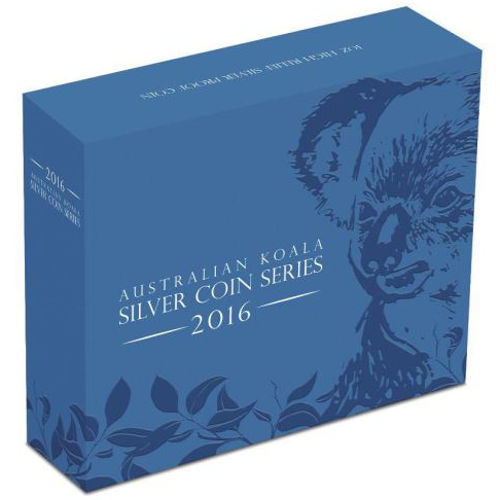 The koala is a native marsupial species that you’ll only find in Australia. Although often referred to as the koala bear, the marsupials are actually nocturnal in nature and spend as much as 20 hours each day sleeping and napping in trees.

All of these 2016 1 oz Australian Silver Koala Proof Coins are high-relief strikings. The production of high-relief coins requires that each blank be struck in the coining press multiple times to bring out a 3D appearance for the finished design.

On the obverse of each coin is the image of Queen Elizabeth II, captured in right-profile relief by Ian Rank-Broadley. The image featured on these coins has been in use since 1998 and represents the fourth-generation image of Her Majesty since she ascended to the British crown in 1952.

The reverse of the 2016 1 oz Australian Silver Koala Proof Coin features the latest image in the Koala series. A single koala is depicted walking along the branch of a eucalyptus tree, with engravings identifying the coin series, weight, purity, and metal content of the coins.

If you have questions, we encourage you to reach out to JM Bullion. Our customer service team is available at 800-276-6508, online using our live web chat, and via our email address.