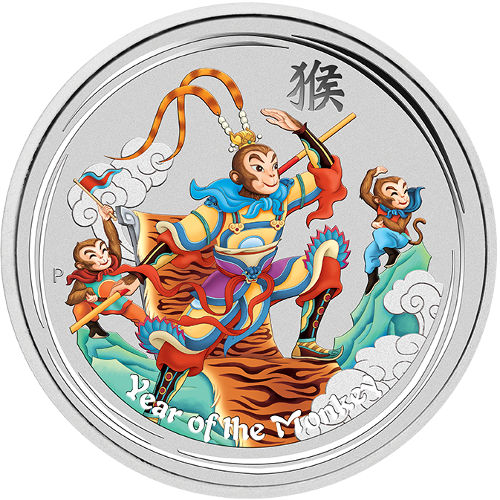 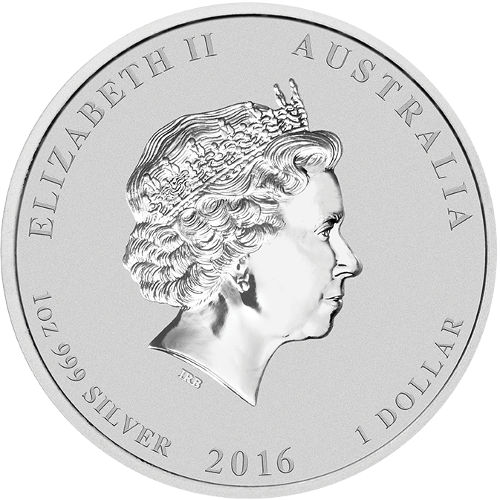 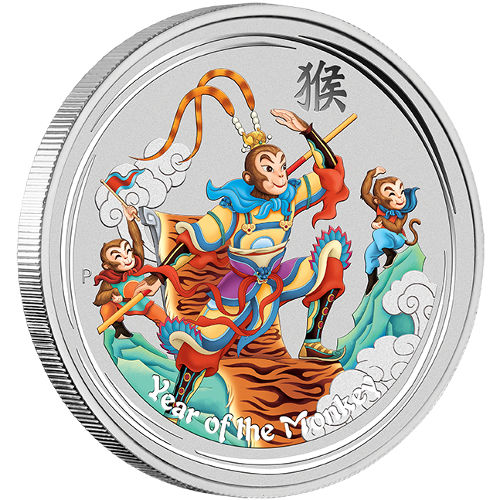 The Perth Mints Lunar Series II coins have proven immensely popular since their 2008 introduction, and now the 2016 release features a unique design that is sure to only further enhance the value of this incredible series. Right now the 2016 1 oz Australian Silver Lunar Monkey King Coin is available from JM Bullion with a BU grade.

Each of the 2016 1 oz Australian Silver Lunar Monkey King Coins in this listing has a BU condition. Coins with a Brilliant Uncirculated grade show no signs of wear and tear, though you may notice slight imperfections such as breaks in the luster, spotted surfaces, or contact marks from the coining process.

The tale of the Monkey King comes from the 16th century classic novel Journey to the West. Also known as Sun Wukong, the Monkey King was said to have created havoc in Heaven, and that even the celestial warriors could not subdue him. His image is brilliantly captured on this all-new coin from the Perth Mint.

On the reverse of the 2016 1 oz Australian Lunar Monkey King Coin is the colorized image of the Monkey King as he stands with one foot on a throne featuring a tiger-stripe pattern. Two smaller, playful monkeys are also included in the design on this face of the coin.

The obverse side of the Silver Lunar Monkey King features the familiar right-profile portrait of Her Majesty Queen Elizabeth II. This image was created for commonwealth currency by Ian Rank-Broadley in 1998, and serves as the fourth-generation depiction of the Queen on coinage.

The Perth Mint is a world renowned facility that originally opened in 1899 as part of the British Royal Mint system in Australia. Today is the last remaining facility from that system in operation, and is Australias oldest operating mint. It is not affiliated with the Royal Australian Mint, and is owned by the state of Western Australia.

If you have any questions, please dont hesitate to contact JM Bullion. Our customer service team is available at 800-276-6508, online via our live chat, and through email.