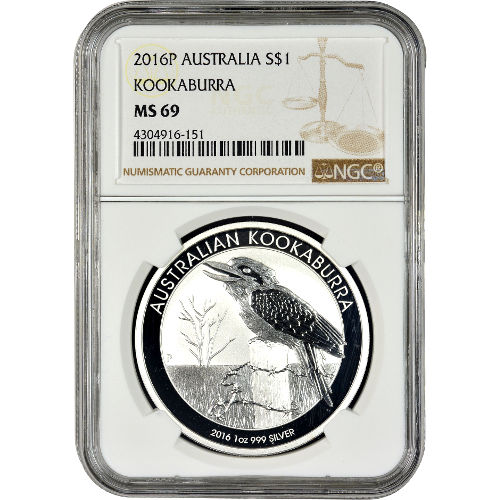 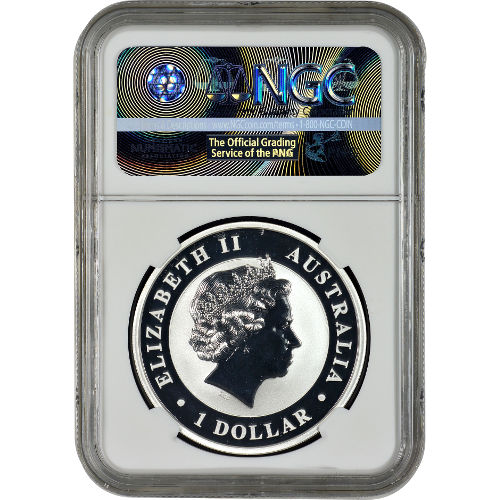 Each 2016 Australian Silver Kookaburra coin available now from JM Bullion is a near-perfect specimen according to the NGC. These coins exhibit their full, original luster, but also display a maximum of two minor detracting flaws. Those flaws are limited to miniscule contact marks, and are located outside the coins primary focal areas.

The Australian Silver Kookaburra is the coin that started a craze from the Perth Mint. Since its introduction in 1990, the Perth Mint has seen an increase in the number of Australian coins bearing images of native wildlife. The kookaburra is a small bird species found on the continent, and is notable for its call which sounds eerily similar to a human beings laugh.

On the reverse face of the coin is the image of a lone kookaburra bird sitting atop a fence post in the Outback. A line of barbed wire is visible wrapped around the post, while a desolate scene envelops the background design on this side.

The obverse continues the use of Ian Rank-Broadleys right-profile portrait of Queen Elizabeth II. Even though an updated image of Her Majesty is available for use on commonwealth coins, the Perth Mint continues with Broadleys design from 1998.

The Perth Mint is Australias oldest operating facility. Originally opened during the British Colonial era as part of the Royal Mint system, the closures of the Sydney Mint and Melbourne Mint left the Perth Mint standing alone as the oldest facility in the nation. It operates today separate of the federal governments Royal Australian Mint, and is owned by the state of Western Australia.