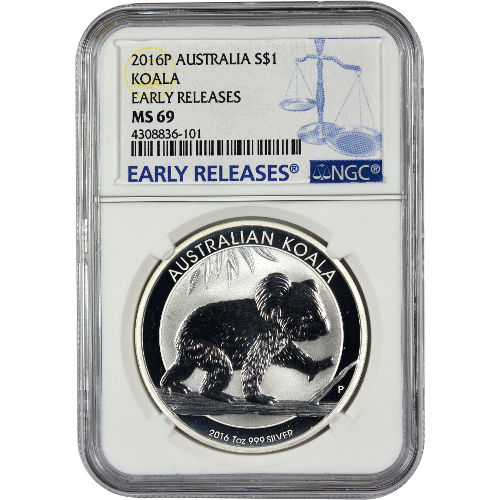 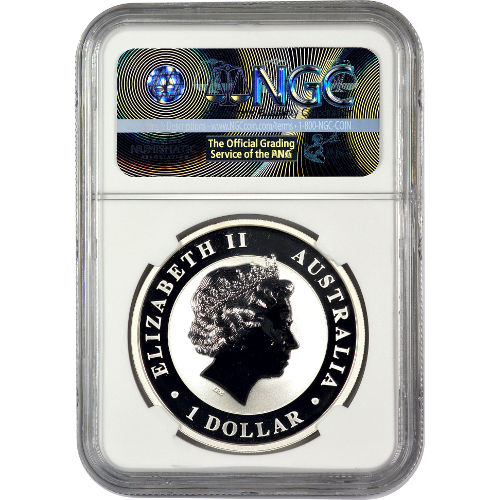 The Perth Mint is the producer of some of the most in-demand coins in the world right now, and that demand is driven by the mint’s wildlife-themed designs. Although it is dwarfed by the Australian Silver Kookaburra, the koala coin offers a design set more familiar to numismatists around the world. Right now, the 2016 1 oz Australian Silver Koala coin is available in near-perfect condition from JM Bullion.

Australian Silver Koala coins debuted in 2007 in both silver and gold, following in the footsteps of the long running Kookaburra Series. The koala is one of the Australian continents most recognizable wildlife species, though it is often mislabeled as the koala bear. Koalas are actually marsupials, like the kangaroo.

Each 2016 1 oz Australian Silver Koala available from JM Bullion at this time is a near-perfect specimen according to the NGC. Coins with an MS69 grade exhibit full, original mint luster, even though they also feature a maximum of two minor detracting flaws.

As an Early Release coins from the Perth Mint, the NGC would only accept these coins for that designation if they met a certain standard. The Perth Mint had to ship these coins to the NGC or an approved depository within the first 30 days of the release date set by the mint itself.

On the reverse face of the coin is the image of a koala walking along a tree branch. Engravings identify the coin program, as well as the purity, metal content, and weight of the coin.

The obverse features the familiar right-profile portrait of Queen Elizabeth II. Designed in 1998 by Ian Rank Broadley, this fourth-generation image of Her Majesty is slowly being phased out by commonwealth nations as a new portrait of the Queen was released in 2015 by the Royal Mint in London.

If you have any questions about these near-perfect specimens, please feel free to contact JM Bullion at 800-276-6508. We’re also available online using our live chat and email features.